Sir James Bevan, the UK Environment Agency’s (EA) chief executive said that he does not think that stronger flood defences are the solution for floods. 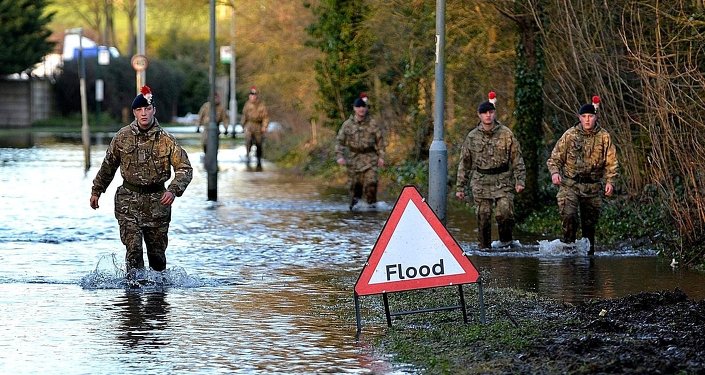 © Flickr / UK Ministry of Defence
Official Faces Criticism for Vacation in Barbados During Floods in UK
MOSCOW (Sputnik) – There is a need for new, creative approaches in dealing with storms raging in Britain and leading to floods, the UK Environment Agency’s (EA) chief executive said Saturday.

"We do need to think about how we react to these really extreme weather events that we have had…Partly it will mean stronger flood defences but I don’t think the solution is just to build up flood defences higher. Partly it will mean thinking much more broadly about how we manage river catchments, so water doesn’t come straight down from the sky and straight into the rivers, so that we can slow the flow," Sir James Bevan told BBC Radio 4’s Today program.

His remarks come in response to criticism voiced by the EA Chairman Sir Philip Dilley on the way the agency handled the flooding caused by heavy rains. 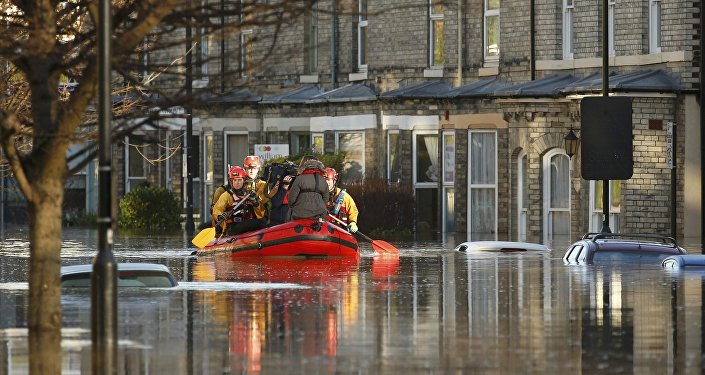 © REUTERS / Phil Noble
Cameron Chairs Emergency Meeting on Floods in North-West UK
"I also think it is going to mean…it’s not just about better protection for people from floods, though that’s a key part of it, it’s about helping people and communities be more resilient when flooding actually happens," Bevan added.

In December, hundreds of people were forced to flee their homes due to an unprecedented flooding with the highest level ever recorded in some parts of northern Britain. Tens of thousands of homes were left without electricity because of torrential rain and gusty wind.