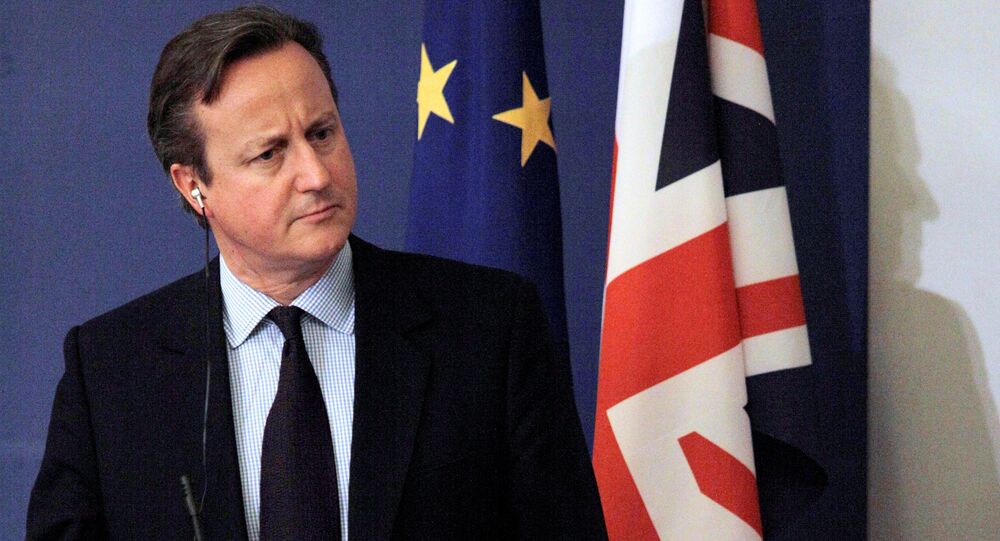 © AP Photo / Kirsty Wigglesworth
Labour's Corbyn Brands UK Conservatives 'Poverty Deniers'
MOSCOW (Sputnik) – Over 7,500 people were sleeping in the streets of the British capital in 2015 in comparison to 3,673 in 2009/2010, the figures provided by the multi-agency database revealed early on Friday.

"We have taken great leaps in recent decades, but stubborn and persistent poverty still exists. So we need a more targeted strategy for those most in need of help, focusing on tackling the root causes like worklessness and family instability," Cameron said in a New Year address to the nation.

The prime minister also set as future targets to pay more attention to "addiction and mental health, especially in prison, and to rescue more children from being stuck in failing care systems," according to the holiday message.

Moreover, he promised to carry out radical reforms to social services that would target affordable housing and social mobility among other issues in the next 5 years.