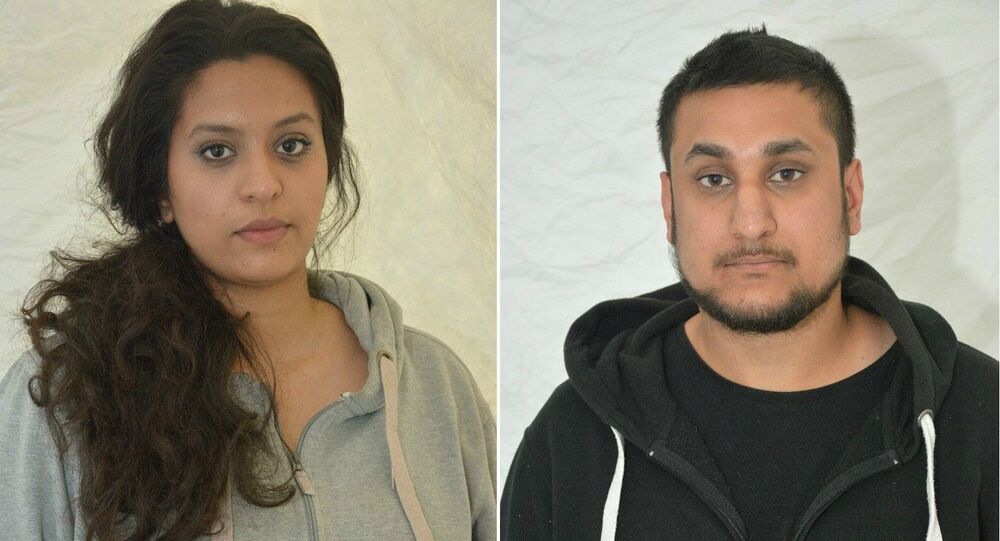 A British couple have been founding guilty of plotting a terrorist attack planned to coincide with the tenth anniversary of the London 7/7 bombings, after taking to Twitter to ask for advice on where to carry out an attack.

Mohammed Rehman and Sana Ahmed Khan, both from Reading, were convicted of planning a terrorist attack, which police thought was aimed at either a large shopping centre or on the London Underground.

Investigators suspected the attack was being planned for the tenth anniversary of the London bombing attacks of July 7, 2005, where 52 people were killed in a series of bomb blasts throughout the city.

Police told the court how they were alerted to Rehman's motives following a series of disturbing tweets earlier in the year.

On May 12 the 25-year-old tweeted: "Westfield shopping centre or London underground? Any advice would be appreciated greatly," from an account under the name of "Silent Bomber."

In another tweet seemingly referring to terrorist attacks, Rehman wrote: "Plus I don't need an army, all I need is my explosive vest and a beautiful area full of crowded twats like you LOL."

Upon further investigation police found chemicals that could be used in the creation of a bomb at the couple's home, including 10 kg of urea nitrate, a highly explosive chemical that can cause many fatalities if detonated.

Rehman later admitted to investigators that he had been making and testing explosives, but denied that he was planning on carrying out an attack, saying he wanted to draw attention to himself in the hope he would be arrested.

I tell you what I'll call myself 'Silent bomber'. The police will never suspect me then. 😭😭 How stupid can you be?

​Rehman's wife Khan, who he had married in a secret Islamic wedding, denied knowing about his Twitter exploits.

However prosecutors said the couple had a "common interest" in violent Islamic extremism, and accused Khan of helping Rehman purchase some of the explosives by depositing US$21,000 (£14,000) into his bank account.

Old Bailey hears that the "Silent Bomber" couple are no longer married.

​Susan Hemming, head of the Crown Prosecution Service's (CPS) counter-terrorism division, said there was a "clear" intent to carry out a terrorist attack, based on the "huge amounts of research" made by the couple online.

"The pair had been very close to carrying out an attack, all they required was to purchase the chemicals to make a detonator," she said.

"There is little doubt that, had Rehman and Ahmed Khan not been stopped when they were, they would have attempted to carry out an act of terrorism in London."

They are both expected to be sentenced later this week.