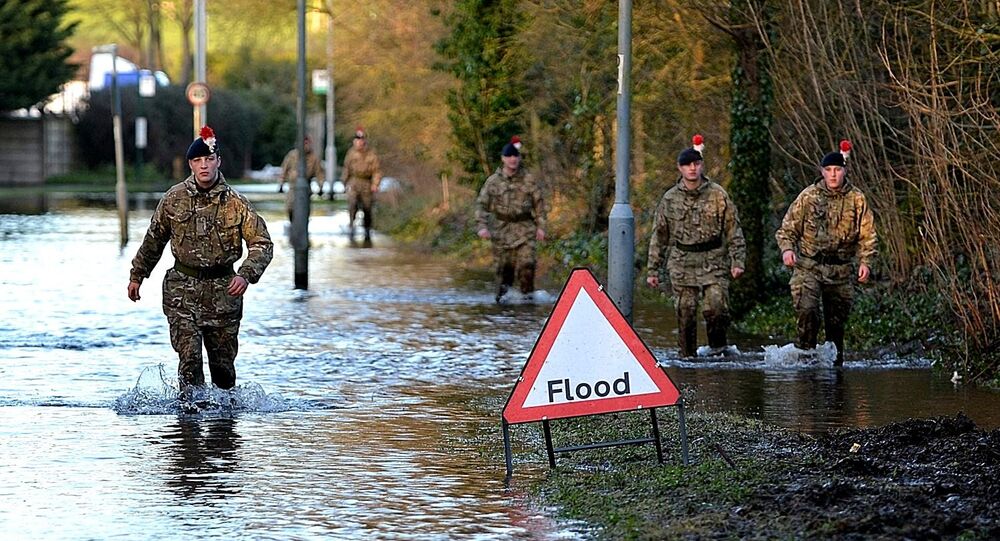 The Chair of the UK Environment Agency, Philip Dilley, has cut short his vacation in the Caribbean due to the criticism he faced after leaving the United Kingdom in times of the largest floods in recent years, an agency's spokesperson said Tuesday.

© REUTERS / Phil Noble
Cameron Chairs Emergency Meeting on Floods in North-West UK
LONDON (Sputnik) — North-west England has been facing heavy rains and storms since early December. Some 60,000 households lost power within the first days of the month, and a new storm over the holidays shut down electricity in 7,000 houses.

Despite the difficult situation in the region, the head of the agency, which is responsible for overcoming the consequences of the disaster, left the United Kingdom for spending the Christmas holidays with his family in Barbados, triggering sharp public criticism.

Dilley is set to cut short his vacation and return to the United Kingdom with the main purpose to visit those affected by the floods in the northern part of the country, the spokesperson said.

According to the spokesperson, Dilley has already visited the region this month and left his deputies for the disaster management.