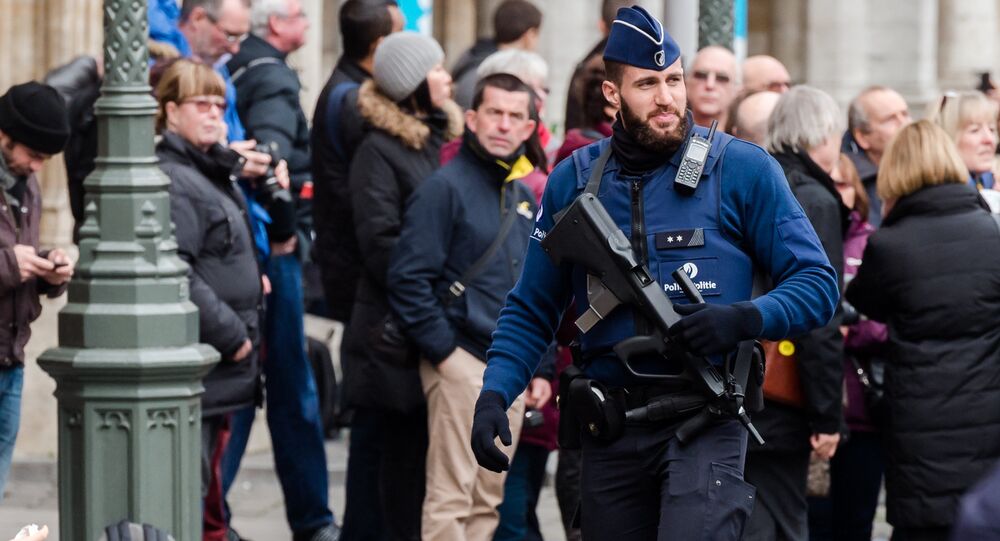 Brussels will ring in the new year with various public events despite the threat of terrorist attacks, Peter Mertens of the Belgian Interior Ministry’s crisis center told Sputnik on Tuesday.

© Sputnik / Valery Melnikov
Russia, EU to Discuss Anti-Terror Efforts in Brussels in February
MOSCOW (Sputnik), Svetlana Alexandrova — Belgian police have been tipped off about extremists plotting to conduct terror attacks in Brussels during the holiday season. According to new intelligence received by Belgian prosecutors, police services could be specifically targeted.

"Based on the existing information, for the public – everything remains the same," Mertens said. "The level was raised only in relation to the security specification of the police services themselves."

Belgium has decided to maintain the highest terror alert level in place until the end of 2015, after it was revealed that several attackers and an alleged organizer of the November Paris attacks were either born or lived in Belgium.

Earlier in the day, the Belgian Federal Prosecutor's Office announced that it had arrested two people on suspicion of plotting a terrorist attack during the course of a two-day raid in different parts of the country.