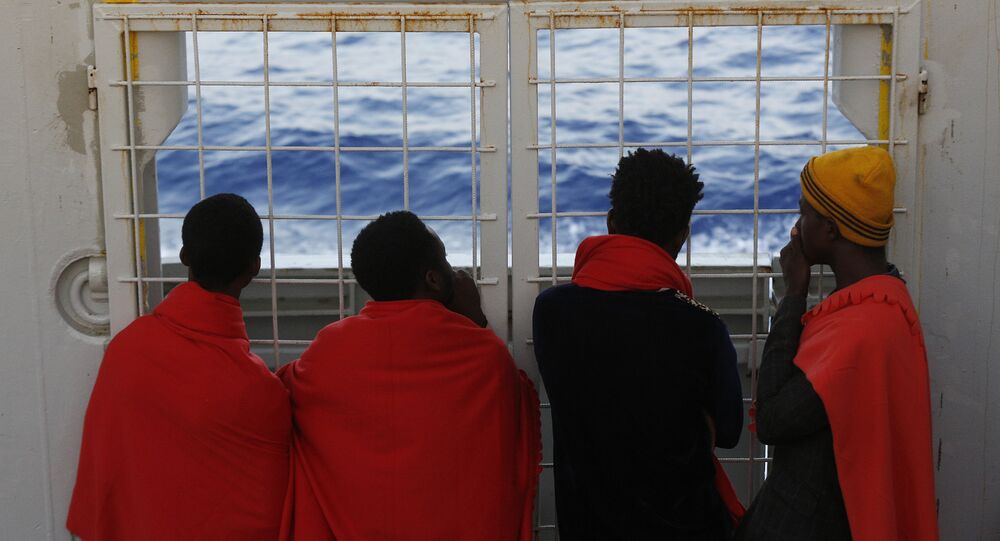 No Respite for Rescuers as 4,000 Refugees Stranded at Sea Over Xmas

The year 2015 has been described as "exceptional" by the Italian coastguard after more than 4,000 refugees and migrants had to be rescued during the festive period.

It had been predicted that the number of refugees attempting to cross sea waters would drop as weather conditions deteriorated, yet five times as many migrants have arrived in Europe this year than in 2014, leaving no respite for rescuers.

"Our efforts will continue in the coming days but we can already say that 2015 has been an exceptional year," said Italian coastguard commander, Admiral Vincenzo Melone.

The route from Libya to Italy across the Mediterranean Sea became known as a "graveyard" after thousands of refugees and migrants drowned on unseaworthy ships caught in difficult waters.

The Mediterranean is a graveyard for refugees. Cartoon by Chappatte pic.twitter.com/gZCF51ynvu

​In December 2014, the European Trade Union Confederation (ETUC) denounced the decision by the Italian government and the EU to abandon search and rescue operations.

"Rescue cannot be left to the goodwill of passing commercial ships. The EU has a humanitarian duty to save the lives of people fleeing war and poverty," said Luca Visentini, ETUC confederal secretary.

A man swims as he arrives to Lesbos after crossing the Aegean sea from Turkey on an overcrowded inflatable boat pic.twitter.com/7D1aE5bH6M

​And as search and rescue operations were scaled back, refugees and migrants rerouted and the bottom of the Aegean Sea soon became another graveyard for people who drowned, while traveling by boat from Turkey to Greece. Those who were rescued — were so, by volunteers.

© AP Photo / Kerstin Joensson
Some 773,000 Migrants Arrived in Europe Via Mediterranean in 2015, 3,500 Drowned
Italy has taken in 320,000 refugees and migrants since the beginning of 2014, but far greater numbers of people are still arriving in Greece via Turkey. More than 800,000 have crossed the Aegean Sea this year and the number of people arriving by boat in December is higher than in June and July. Around 3,338 refugees arrive on the Greek island of Lesbos every day.

The weather might be worse, the waters may be more dangerous, but refugees and migrants remain just as determined, if not more so, to reach Europe by sea. Nearly a million people have arrived this year — more than 3,600 have died trying.