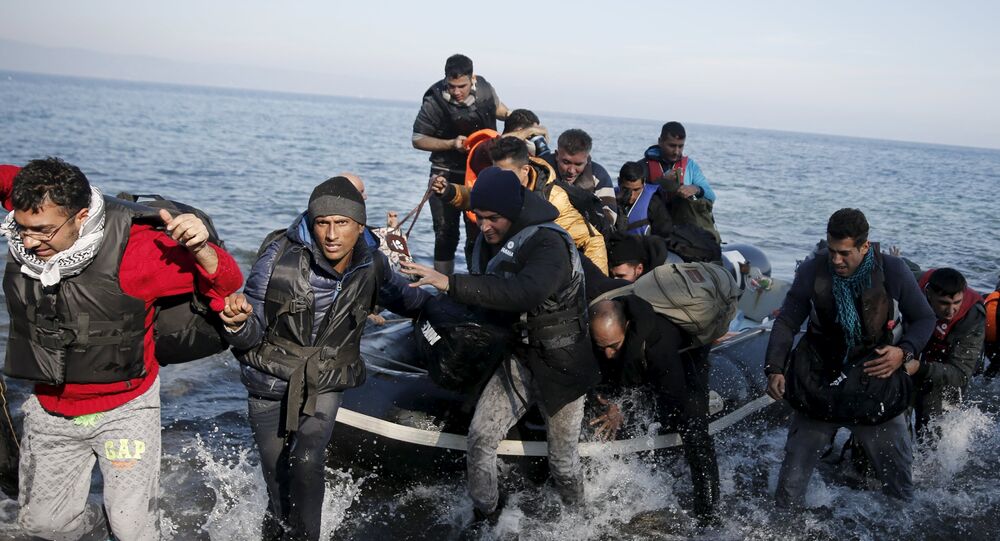 EU border agency Frontex has initiated the deployment of 15 vessels with 293 personnel to the Greek islands as part of a new operation after Athens requested additional assistance at its external borders amid the refugee influx, the agency said in a statement on Tuesday.

MOSCOW (Sputnik) — The so-called Poseidon Rapid Intervention operation is due to replace the Joint Operation Poseidon Sea with a higher number of officers, according to Frontex. The deployed personnel will assist the Greek authorities in identifying and fingerprinting arriving migrants, as well as providing interpreters and forged document experts.

© REUTERS / Michalis Karagiannis
German Finance Minister Slams Greece Over Refugee Influx Mismanagement
The number of personnel deployed will gradually increase to 400, as well as additional vessels and other technical equipment to assist Greece in the management of the "unprecedented migratory pressure," it was added in the statement.

Over 1.55 million illegal border crossings have been detected by Frontex since the beginning of 2015. At least 800,000 of them arrived in Greece from Turkey via the Aegean Sea.

Greece requested assistance from Frontex to protect its borders in the Aegean Sea earlier in December. Frontex called on EU member states to contribute 775 border guards to the effort.