Germany plans to spend around 17 billion euros on dealing with the refugee crisis in 2016, in some cases double the figure for this year, a German newspaper reported, citing a survey it conducted among regional finance ministries. 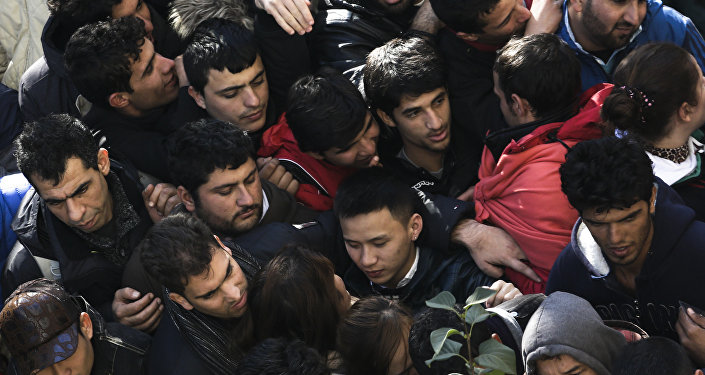 © AP Photo / Markus Schreiber
Germany Hires Over 8,500 Teachers for Refugee Children to Learn German
This is almost two billion euros more than what the federal government planned to spend on education and research in 2015, and reflects the strain that the influx of migrants is causing across the country as a whole, the newspaper Die Welt wrote on Tuesday.

The actual costs for the year could be even higher though, as current budgets are based on projections that 800,000 refugees would arrive in Germany in 2015.

However over one million people have eventually made the journey to the Bundesrepublik, fleeing war and economic hardship in their own countries.

This record inflow of migrants came as a major challenge to the EU countries, Germany included. 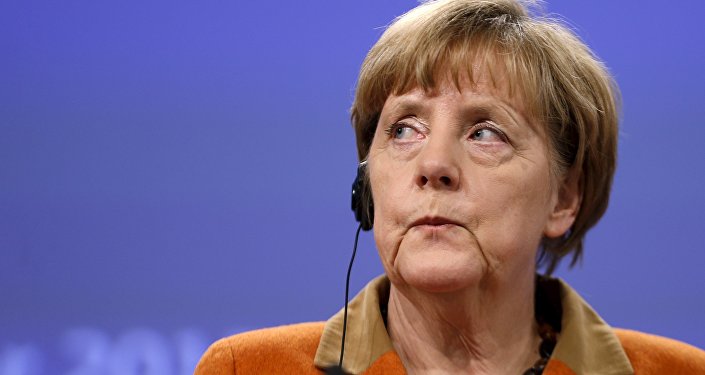 © REUTERS / Francois Lenoir
Merkel May Alienate Germany's Left and Right With Refugee Policy
Even though the federal financing program for the regions provided for a monthly payment of 670 euros to each incoming migrant in 2016, the local governments will still have to foot much of the bill  as only around a quarter of the €17 billion is set to be covered by the federal government.

Top spenders are set to be North Rhine-Westphalia and Bavaria, which have set aside €4 billion and €3.3 billion for refugees, respectively.

Hesse changed its budget plans from the summer up to the end up the year to include an extra €725 million for refugees, pushing the central German state’s total allocation for those seeking asylum up to €1.3 billion for 2016.

Saarland on the other hand is only budgeting €100 million in refugee help.

Feeling the pinch of this additional financial burden, the German regions asked for an additional 9.6 billion euros a year starting from 2020.

“As no one knows exactly how many more migrants are going to come in, we may have to adopt an additional budget for 2016,” a finance ministry official in Hesse told the newspaper.

The European migrant crisis began in 2015, when a rising number of refugees and migrants from the Middle East, Africa, South Asia and Balkans began to makemaking the journey to the European Union to seek asylum, travelling across the Mediterranean Sea  or through  Southern Europe.

Europe is currently struggling to cope with a massive refugee influx, with hundreds of thousands of refugees and migrants fleeing conflict-torn countries of the Middle East and North Africa in search of safety and refuge in Europe. Many of them strive to get to wealthier EU states, such as Germany, for the sake of social benefits, free education, and good quality medical services.