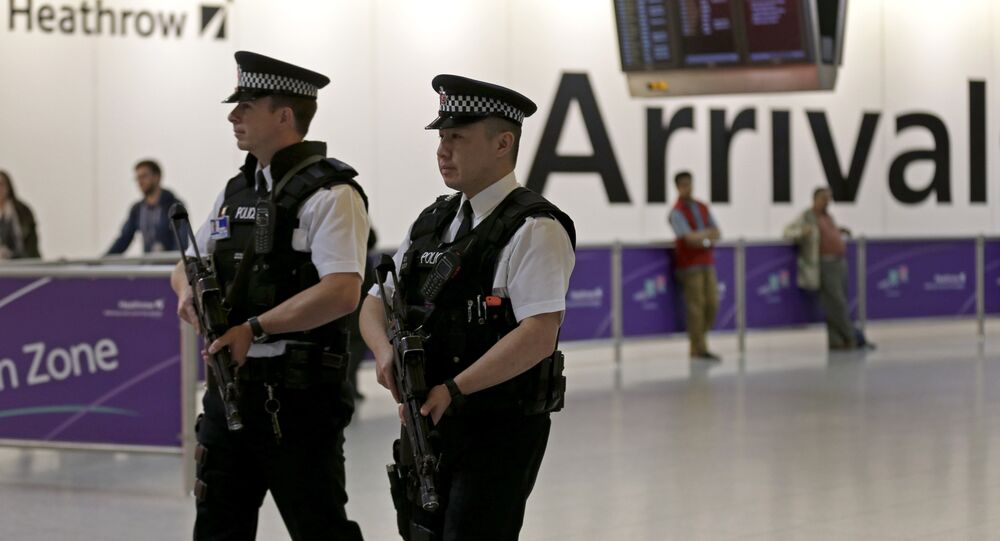 Hard drugs are increasingly arriving in Britain inside human bodies. To avoid detection at the UK border, smugglers swallow large quantities of class A substances, risking their lives.

According to UK Border Force, drug mules are prepared to endure extreme discomfort to keep packets of cocaine or heroin in their bowels until they can be safely extracted. In one known case, a man abstained from going to the toilet for three weeks, surviving on a sip of water and an apple skin a day.

The drugs are wrapped in condoms, balloons or cling film. It is not unusual for a mule to swallow about a hundred packages per trip. If they leak for whatever reason they pose great danger to the lives of their carriers. But the mules are prepared to take the risk for a fee of between US$1,482-2,223 (£1,000 and £1,500).

An example of the risks drug mules run — 7 years for smuggling £1m of #cocaine in toiletries https://t.co/OfpnDbXUM4 pic.twitter.com/OZSrMEFDbb

​In one case cited by the Press Association, Jaroslaw Adamski was jailed for four years after pleading guilty to carrying nearly 1kg of heroin in his body when he arrived at St Pancras station in London in February.

Adamski, 51, told Border Force officers he was approached by a man in his native Poland, who asked if he wanted to make some money and he was paid US$20 (€15) per package swallowed.

He claimed he was not told what he was swallowing. Forensic tests later revealed the packages contained 950g of high-purity heroin which, if cut and sold on the streets in the UK, would have had an estimated value of about $US230,000 (£155,000).

​The main route for such smugglers is via Britain's airports but they have also tried to arrive by trains from Europe, officials said.

"Those who swallow packages like this are risking their lives and we are seeing more and more sophisticated purpose-made swallower packages which show the organization behind this type of smuggling," Andy Coram, the assistant director of Border Force South East and Europe, was quoted as saying.

To foil the smuggling attempts the officers use X-ray screening and sniffer dogs trained to identify chemicals secreted in the skin.

In the last year Border Force has seized nearly 4,000 kilos of class A drugs.