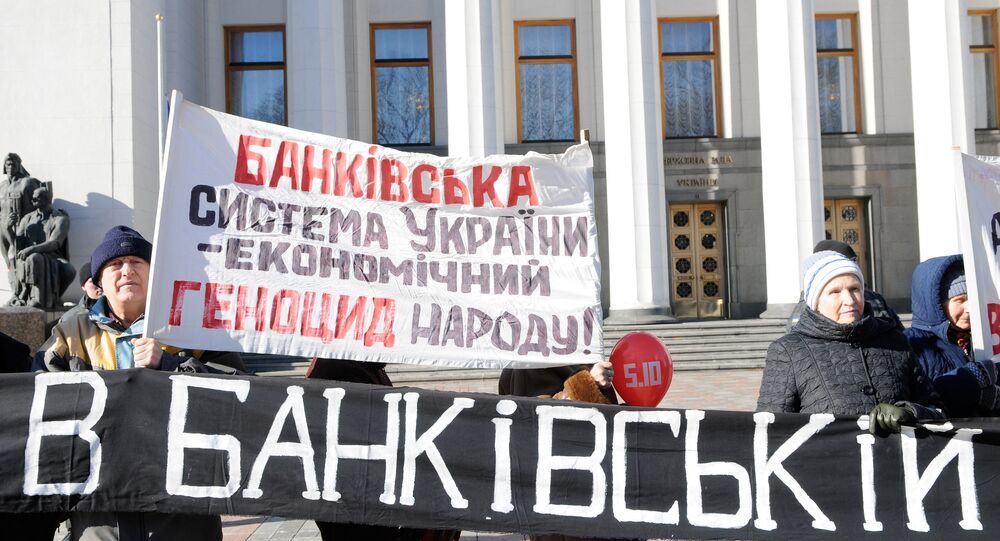 Ukraine’s anti-corruption fight is the "biggest disappointment" among the country’s reforms over the past two years, Swedish Ambassador to Ukraine Andreas von Beckerath said Tuesday.

© Sputnik / Grigoriy Vasilenko
Nearly 9 in 10 Ukrainians Believe Corruption Widespread in Gov't - Poll
MOSCOW (Sputnik) – He urged Kiev to speed up the reforms to assure Swedish companies that their investments in Ukraine would be protected by law.

"We have to be honest and admit that the fight against corruption in the last two years is the biggest disappointment in the sphere of Ukrainian reforms. The majority of Swedish companies have not noticed any significant changes in the issue of corruption, therefore I think that speeding up the reforms is the biggest challenge for Ukrainian authorities and leaders," Beckerath said in an interview with the Ukrainian 5 Kanal.

The Ukrainian economy has been seriously damaged by an armed conflict between Kiev and pro-independence militia in eastern Ukraine. The United States and other international creditors provided Ukraine with financial aid in exchange for implementation of structural economic reforms, including reforms to tackle corruption.