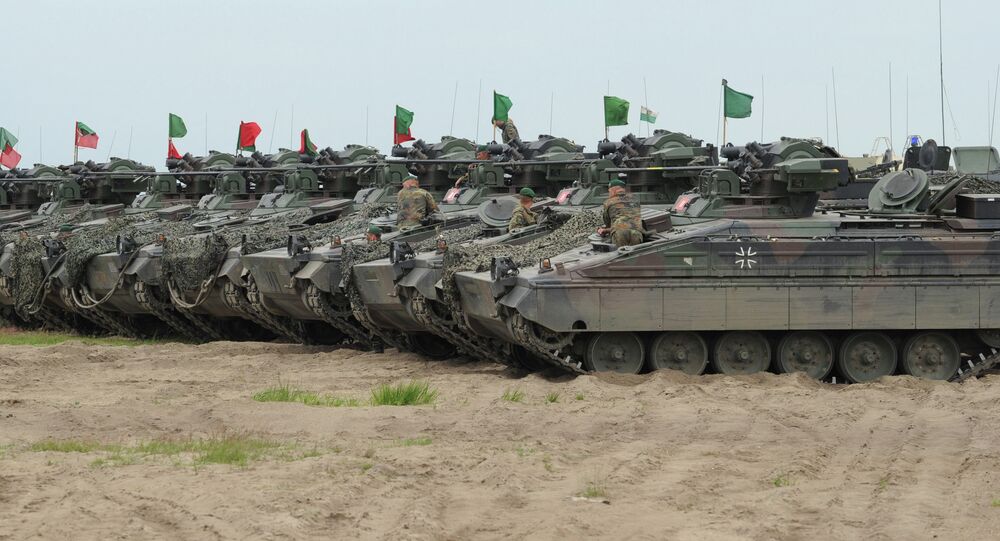 What Is NATO for? German Minister Backs Creation of Single European Army

Taking into account the current refugee crisis, German Finance Minister Wolfgang Schäuble called for an increase in spending on European military operations and the establishment of a common European army.

"We will have to spend much more money on common European defense initiatives," Schäuble told BILD am Sonntag.

The foreign and security policies of the EU member states should become interconnected step by step, Schäuble stated. He argued that the EU needs one united army instead of 28 separate ones in order to resolve domestic and foreign security problems more efficiently.

"Ultimately, our goal must be a common European army. The resources we spend on 28 national armies could be used far more effectively together," the politician said.

© AP Photo / Massoud Hossaini
German Politicians Eager to Create Single European Army
In Schäuble's opinion, the current refugee crisis requires a strengthening of the EU's common engagement in the crisis regions, such as Africa and the Middle East.

Recently, the German Bundestag approved the deployment of Bundeswehr forces in Syria as a part of international counterrorism efforts.

Following Schaeuble' statement, head of the foreign-affairs committee in the Moscow State Duma Alexei Pushkov stated that Europe needs a new army because NATO  — which is expected to play a role of European armed forces — has only one goal: to deal with the imaginary Russian "threat" and help the US.

"In Berlin, they stated: The EU should create 'a common European army'. And what is NATO for? To fight with a virtual Russian threat and help the United States", the politician posted on his Twitter.

Earlier in 2015, President of European Commission Jean-Claude Juncker already proposed the creation of the united European army to counter the alleged threat posed by Moscow.