A poll of German business leaders has revealed a lack of faith in the government's migration and economic policies, as well as mixed economic forecasts for next year. 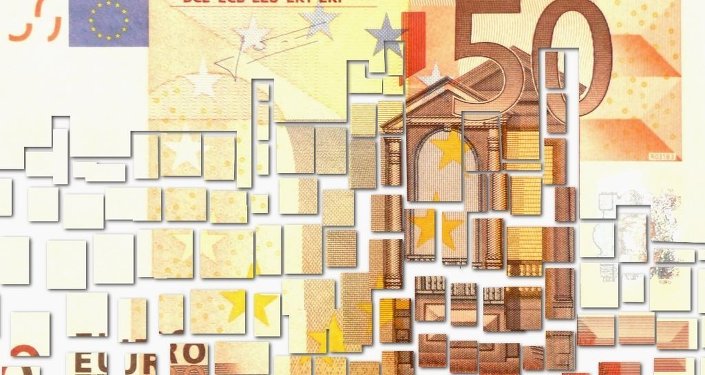 © Flickr / planetofsuccess.com/blog/
Ever Closer Banking Union: New EU Shared Deposit Pot Plan Has Savers Scared
German business leaders have expressed their concerns about the economic risks to Germany that may result from German government policies on the economy and migration, in a poll conducted by Reuters.de.

The leaders of Germany's five most important trade associations claim German Chancellor Angela Merkel’s economic and social policies have "major failings," and named the integration of hundreds of thousands of refugees as the biggest challenge facing Germany, reported Reuters.

"Nobody should think that we can overcome the skills shortage in our country with refugees," said Ingo Kramer, president of the Confederation of German Employers' (BDA). He also voiced fears that political instability in Ukraine and the Middle East will contribute to economic uncertainty, and complained about government plans to restrict the use of contract and agency labor.

Anton Boerner, head of the Federation of German Wholesale, Foreign Trade and Services (BGA), backed Merkel's financial and economic policies, but said that her new initiatives in the labor market and social policy are "certainly not" on the right track.

Eric Schweitzer, president of the Association of German Chambers of Commerce and Industry (DIHK), predicted a poor showing for the economy in 2016.

​"The economic outlook for 2016 is gloomy. Economic confidence is waning across the economy," said Schweitzer, who forecast growth of just 1.3 percent next year.

"The impetus to our economy is likely to also continue next year," said Grillo.

© Sputnik / Mihail Mokrushin
Germany to Invest 2Bln Euro in Russian Railways
Above all, the industrial leaders expressed concerns about the wave of migration to Germany this year, which they named as the greatest challenge to the economy and society.

"Politicians must help entrepreneurs bring refugees into the labor market," said Grillo, while BGA head Boerner warned that while the economy will gain a short term profit from the influx of migrants, longer term pressures on social systems could emerge.