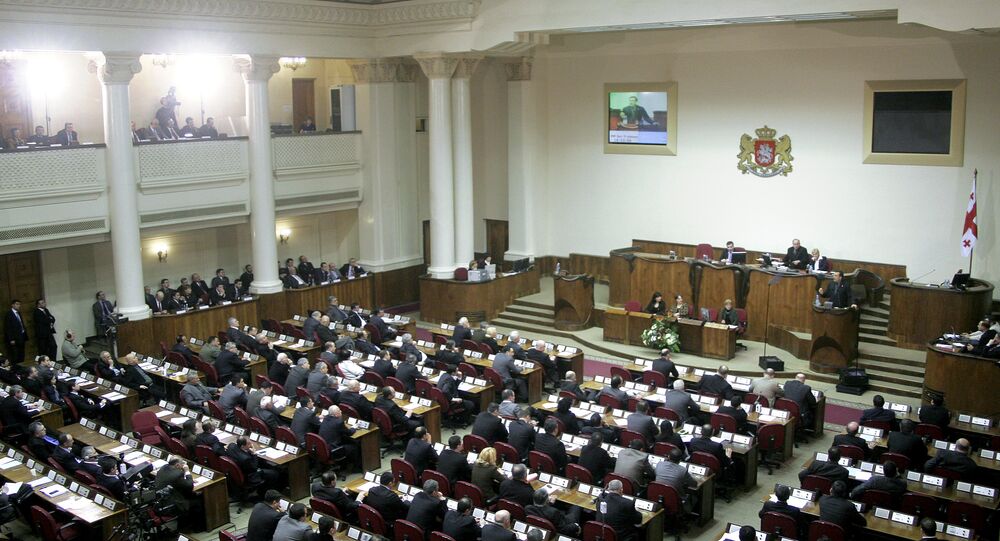 Georgy Kvirikashvili, the former Georgian foreign minister nominated for the post of the country's prime minister, will submit Monday for the local parliament's consideration the exact same composition of the cabinet except for the top diplomat, Kvirikashvili said in a statement issued on Saturday.

TBILISI (Sputnik) — On Friday, a parliament majority voted for Kvirikashvili after former Prime Minister Irakly Garibashvili announced his resignation on Wednesday. Later his candidacy was supported by Georgian President Georgy Margvelashvili. Now Kvirikashvili must submit to the parliament the cabinet's composition for the final approval of his candidacy.

"As a candidate for the post of prime minister, at this stage, I will submit to the parliament the unchanged composition of the government of Georgia, the team to which I belong since the first day. As for the job of foreign minister, I will submit the candidacy of [Georgia's Deputy Foreign Minister] Mikhail Janelidze," the statement reads.

Kvirikashvili added that after his approval as prime minister he would "deeply and thoroughly" review the work of each ministry and could make same changes in the government.