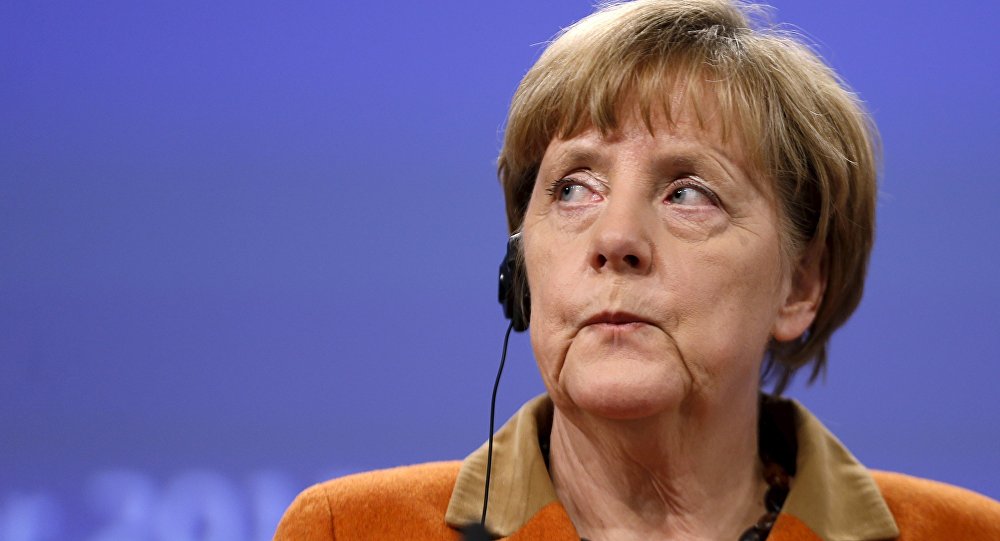 While German Chancellor Angela Merkel's party has been able to dominate the country's right-wing politics, she is increasingly becoming stuck between opposing sides of the refugee debate.

German Chancellor Angela Merkel is increasingly becoming wedged between Germany's left and right in the refugee debate, when it comes to both electoral support and government functionaries, according to Slate France.

"The volunteers, doctors, translators, or ordinary citizensn accompanying the refugees in their efforts, whose action is essential to supplement the overstretched administration, are beginning to get discouraged. Hundreds of thousands of asylum applications are blocked by bureaucratic meddling, even when there are cases such as Heidelberg, where refugees get papers in 48 hours," Daniel Vernet of Slate France wrote. 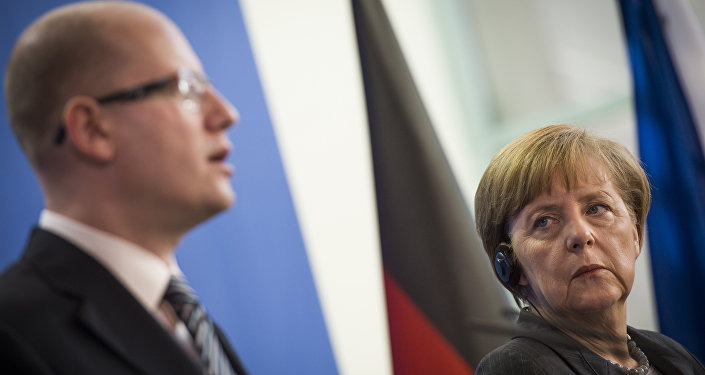 © AFP 2019 / Odd Andersen
Europe Rises Against Merkel's Refugee Policies
At the same time, there are the anti-migrant populist movements, and attacks on refugee centers by individuals.

"Over 800 crimes related to immigration were recorded in 2015, four times more than in the previous year. Most often they are not the work of organized gangs or far-right splinter groups, but of isolated individuals, of which 70% were unknown to the police," Vernet added.

According to Vernet, there is a real risk that Merkel's centrist approach to alienate both the right-wing voters against immigration and the left-wing increasingly disenchanted with Merkel's approach to the issue.

So far, Merkel has been able to maneuver, negotiating a deal in which Turkey would contain Syrian refugees and deporting refugees from places considered safe. One example of refugees from safe areas is Germany's recent influx of ethnic Albanians from Kosovo, which despite being Serbian territory, is under ethnic Albanian control with NATO military forces deployed.

Lastly Merkel seeks to convince other European countries to also accept refugees, but this is her one weak point, as Hungary and Poland, among other Eastern European EU countries have risen up against the proposal.