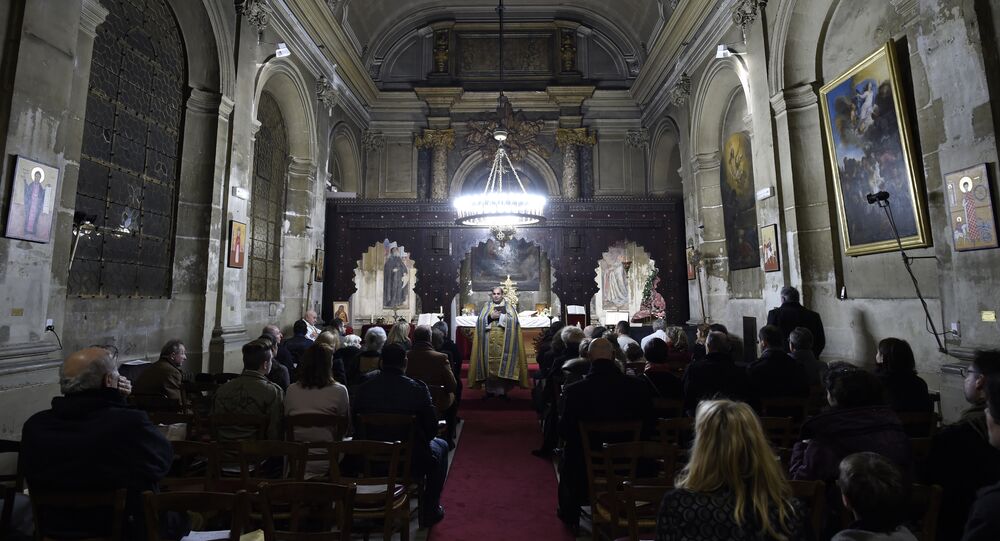 French Muslims took guard at a church in France's Calais during Christmas mass, as the country's government advises caution in case of terrorist attacks.

French Muslims in the northern French city of Lens made a show of solidarity with the city's Christians, volunteering as guards at the local Catholic Church Christmas mass, French media reported.

The Muslims decided to guard the church after France's Interior Ministry said that "particular vigilance" should be practiced during Christmas mass.

"Before the Mass, we invited them to meals we share with people who live alone. And in the end, we will give them the light of Bethlehem, which we received from scouts," Lens Pastor Lemble said, calling the initiative "superb."

© AP Photo / Kamil Zihnioglu
French PM Valls Introduces Draft Bill on Security Amid Terror Attacks
The head of the Union of Muslim Citizens of Pas-de-Calais, Abdelkader Aoussedj, said that he made the gesture after remembering how Egyptian Muslims defended Coptic Christian churches from fundamentalists in 2013.

"We would have liked this to happen everywhere else, especially at a time when Muslims are stigmatized. That is the true Islam, it has nothing to do with these fools, these bad apples," Aoussedj said.

The nearby city of Calais has been a focus of ethnic tension in recent months, as refugees, primarily Muslim, are often stuck in the city while attempting to get to Britain.