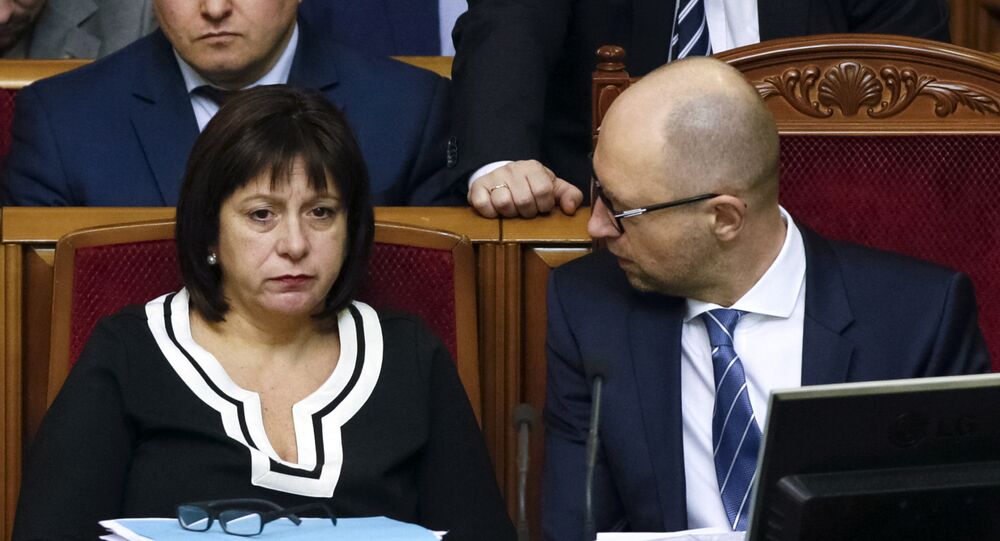 KIEV (Sputnik) – The Ukrainian parliament (Verkhovna Rada) adopted the state budget for 2016 early on Friday. The adoption of the budget was one of the main conditions for the release of a $1.7-billion loan from the IMF to Ukraine.

"Getting the next IMF tranche or other related financial support depends on whether the budget…remained such that it meets the goals of our program with the IMF, in other words, whether it remained balanced and responsible. This question will be answered by specialists from the International Monetary Fund," Jaresko wrote on her official Facebook page on Friday.

© Sputnik / Vitaliy Belousov
Why IMF Debt Reform Will Not Spare Ukraine From Bankruptcy
Ukraine’s cabinet presented its long-awaited draft budget for 2016 to the parliament on December 11. Work on the 2016 budget went into overtime as the Ukrainian government and lawmakers grappled with divisions over tax reforms, due to come into force next year.

Lawmakers were opposed to the government’s plan of raising taxes to boost budget revenues and planned austerity measures. According to some deputies, the 12 percent pension and wage increase stipulated by the 2016 budget is not enough, as inflation in Ukraine is expected to be at least 30 percent next year.

The IMF has granted Ukraine a $17.5 billion aid package, to be distributed over the next three years.