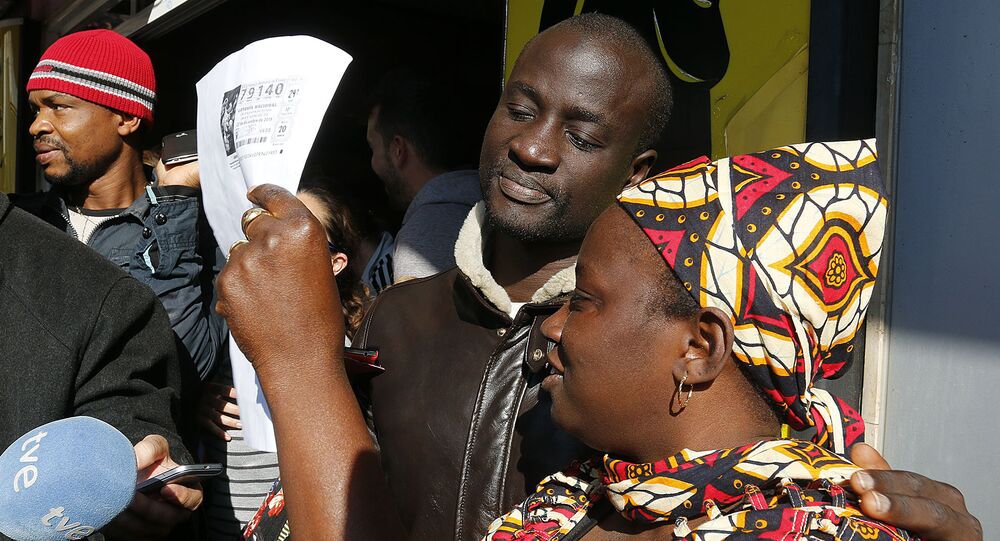 Most of the reports written about refugees rescued at sea focus on the risks they take, the money they pay people smugglers to get there, and the conditions on board overcrowded boats they sail on. Once in Europe, they are just a number to be processed. But one Senegalese refugee has a different story.

Ngagne was among a group of mainly African refugees who had to be rescued by the Spanish coastguard after their boat almost sank in 2007. Ngagne and his wife had no possessions to their name.

"There were 65 people on board that boat," Ngagne told La Voz de Almeria.

After being rescued they settled in the southern coastal town of Roquetas de Mar where Ngagne worked as a vegetable picker for the last eight years — but had recently lost his job.

A #Senegalese #refugee who sailed by boat to #Europe has won Eu 400,000 in #Spains #Christmas #lottery #WADR_News pic.twitter.com/n8JRkElkDB

​He and his wife had just US$54 (five euros) to their name, so Ngagne bought a lottery ticket. The 35-year-old took part in the game El Gordo, which means the 'fat one' in his coastal town of Roquetas de Mar which was picked in this week's draw.

"I want to give thanks to the Spaniards and the Spanish government for rescuing me when I was in the sea," Ngagne said.

For Ngagne, risking his life on board a boat to travel to Europe was worth it. Sadly many of the stories about refugees and migrants told throughout 2015 don't end quite so happily.

More than a million people have fled to Europe in the last year and are still waiting to be processed and resettled and many face the reality of having to return home.