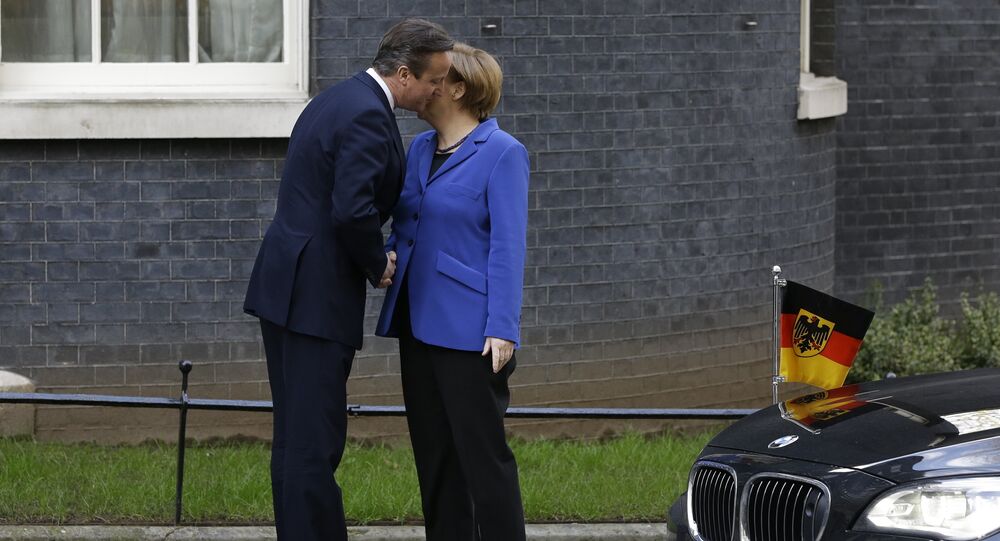 UK Prime Minister David Cameron and the chiefs of Britain's three intelligence services have briefed German Chancellor Angela Merkel on the latest terror threats, including Daesh, also known as ISIL, in what analysts say is a rare move.

Merkel was faced with a public backlash against mass surveillance when it was revealed by former CIA operative Edward Snowden that the British intelligence monitoring agency GCHQ and US National Security Agency (NSA) had been running two mass surveillance programs — Prism and Tempora — used to collect vast amounts of communications data.

© Flickr / Matthew G
Europe Expands Snooping Powers in Wake of Snowden Claims
It also emerged that, in 2013, that the NSA had even bugged German Chancellor Angela Merkel's mobile phone. This prompted her spokesman Steffen Seibert to say she had phoned US President Barack Obama saying she expected the Americans "to supply information over the possible scale of such eavesdropping practices against Germany and reply to questions that the federal government asked months ago."

​It emerged later, however, from sources including former NSA contractor Edward Snowden, that the US embassy in Berlin, overlooking the Reichstag, was being used as a base for a special unit of the CIA and NSA to monitor a large part of cell phone communications in the government district. This further twist saw Merkel come under pressure to investigate all the activities of the NSA, GCHQ and Germany's own intelligence service, BND.

© Flickr / Jonathan McIntosh
Global Five Eyes Spy System 'Bigger Than Ever'
It has now been revealed in the London Times from Downing Street sources that — ahead of the Paris attacks of November 13, Cameron was joined by the chiefs of the UK's three intelligence agencies — Andrew Parker, of MI5, Alex Younger, of MI6, and Robert Hannigan, of GCHQ — in a rare exchange of intelligence between Germany and the UK.

Germany is not a member of the Five Eyes alliance — the US, UK, Australia, Canada and News Zealand — that share intelligence information on a regular basis. Although Britain does share intelligence with the German intel agency, it is highly unusual for a British prime minister and the chiefs of the three intelligence services to brief a German Chancellor in person.