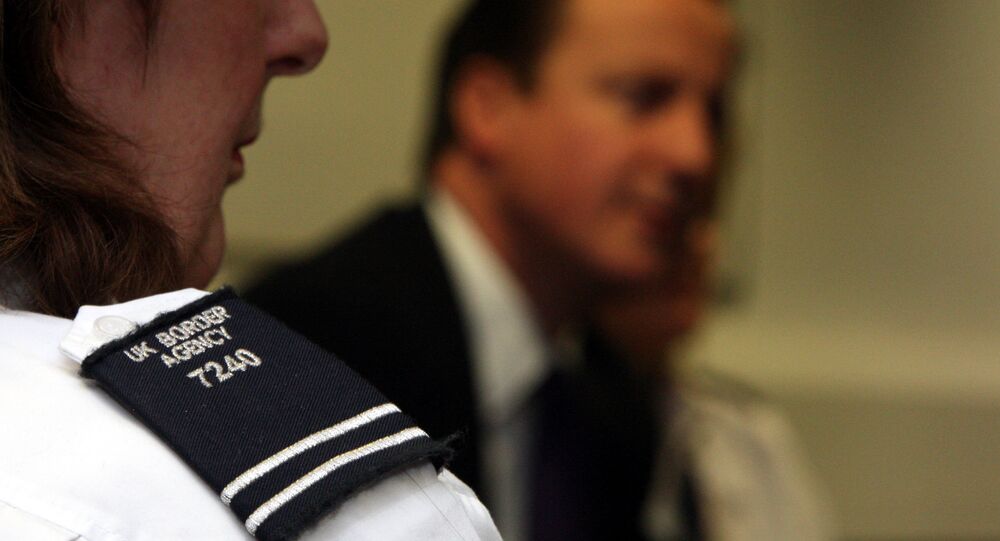 Nearly 100,000 illegal migrants have been stopped at British borders this year, according to the UK Home Office. More than double the numbers of people who were stopped by Britain's UK Border Force in 2014.

The so-called 'Calais Crisis' dominated British newspaper pages during the summer months, placing the issue of immigration firmly at the top of the UK's political agenda.

Michel Spingler
Welcome to Calais: A Hellhole for Migrants, Passengers and Striking Workers
As the summer months increased in temperature, so did the tempers of ferry workers at UK's border with France. French workers went on strike and set fire to tyres at the entrance of Calais' port. Migrants and refugees capitalized on the chaos, and used the opportunity to storm the entrance of the Channel Tunnel each night.

During July 2015, some 2,000 migrants were attempting to cross the Channel each night, mostly by jumping over security fences or hiding on EuroTunnel trains. The number of attempts dropped to 150 in August.

The UK government responded to the refugee crisis in the same way as Hungary, Czech Republic and Slovenia did elsewhere in the European Union — and built more high security fencing to keep migrants out.

​However, the focus soon shifted from Calais to more distressing scenes in Europe after the image of a dead Syrian toddler, washed up on a beach, went viral and was seen by the world.

Chaotic scenes of refugees and migrants arriving from Turkey on the Greek island of Lesbos, the gateway to Europe — soon took precedence over the crisis in Calais, which only appeared to receive media attention when UK street artist Banksy turned up.

A #SyrianRefugee holds his children as he struggles to leave a dinghy on #Lesbos #YannisBehrakis #2015photographer pic.twitter.com/ZDtv9WEEjZ

​The recent Home Office figures that 100,000 migrants have been stopped from entering the UK fails to include the number of people who have successfully entered Britain undetected this year and only represents ten percent of the total number of refugees who have arrived in Europe during 2015.

The UK has now received 1000 of its eventual total of 20000 Syrian refugees #bbcqt https://t.co/KVypJNHBm7 pic.twitter.com/VU3F5knqtv

​According to the UN refugee agency and the International Organization for Migration (IOM), a million migrants and refugees have reached Europe in 2015.

Twenty-three people have died this year in their attempt to reach the UK from France.