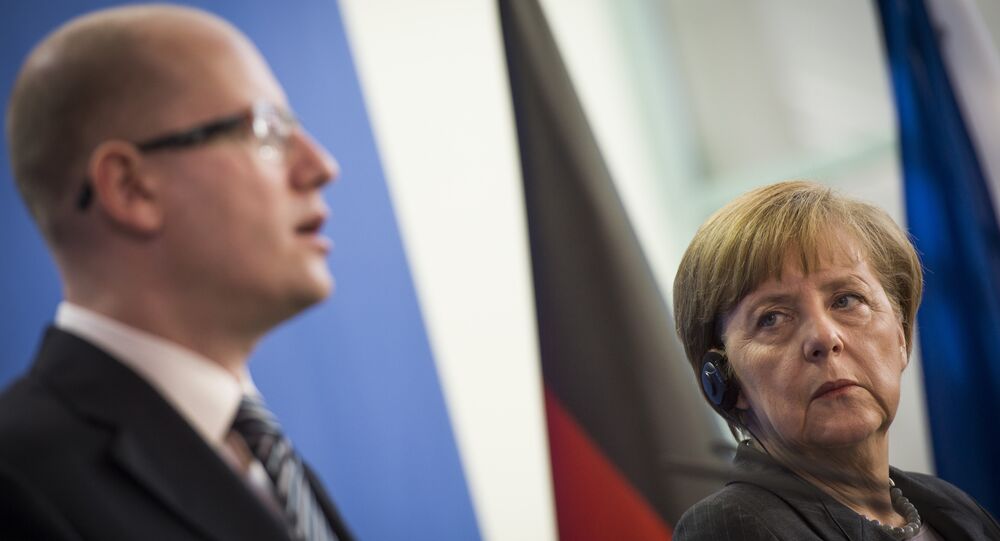 German Chancellor Angela Merkel has come in for more criticism over her approach to the refugee crisis, with Czech Prime Minister Bohuslav Sobotka accusing Germany of being partly to blame for exacerbating the crisis and driving deep divisions in Europe.

In an interview with Sueddeutsche Zeitung, Sobotka said Merkel's declaration that Germany would accept an unlimited amount of refugees triggered an increase in people arriving in Europe.

"Germany sent a signal that was seen and heard in many parts of the Middle East and North Africa. That has spurred illegal migration toward Europe," Sobotka said.

The PM said that while he was critical of Germany's actions throughout the crisis, the Czech Republic was committing significant resources to help neighboring countries better help the crisis.

"We are in solidarity. We have sent police to Slovenia, Hungary and Macedonia. We have granted humanitarian aid to Slovenia, Croatia and Serbia," Sobotka added.

Reminder that not all Eastern EU countries opposed: Czech Republic accepting up to 160,000 refugees under EU plan https://t.co/lfk4r3jWIf

​"No one from Brussels had to force us to do these things," he said, noting that the Czech Republic is willing to accept 160,000 refugees under a German-backed EU resettlement plan, unlike other central European states like Hungary and Slovakia.

Sobotka said that while his country would be willing to accept refugees under an EU quota, he doesn't believe Brussels should be able to force member states into accepting such deals.

"We reject the pressure to accept a centrally managed migration policy, which only strengthens the radicals and can damage the idea of Europe," he said.

In a reference to the manner in which the refugee crisis has divided European states, the Czech PM said that he also rejected suggestions from Austrian Chancellor Werner Faymann that EU members could be punished financially if they don't comply with a central refugee resettlement policy, saying the "argument only continues to split Europe."

He also took aim at the double standards across the bloc in regards to the refugee crisis, saying that Brussels was allowing some countries the option of not registering new arrivals.

He told AP that Macedonia has subsequently been bearing "the consequences of the failure of the union," with more than 700,000 passing through the country's borders so far this year.