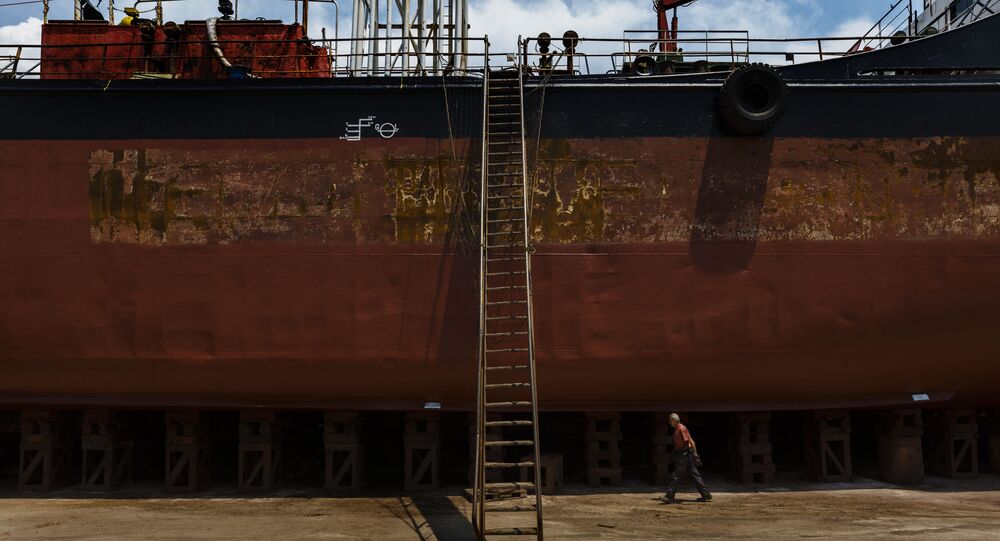 Greece Gets Further Kicking from Brussels Over Shipping Taxes

The Greek shipping industry, which employs nearly 300,000 people and is the country's biggest - worth an estimated US$275 in 2014 - is set to be the target of more controversial reforms proposed by Brussels, as Greece struggles to comply with an already painful list of tax and pension reforms.

Brussels has send Athens a list of demands over its maritime sector, which will apply to fishing vessels, port tugboats, as well as yachts rented out to tourists without a crew from the preferential regime. Operators of such vessels will in future be subject to the standard income tax.

The proposals will affect thousands of fishermen and tourist industry workers, who are already struggling because of the stiff austerity measures imposed by Brussels as part of the third bailout of the country.

The European Commission is attempting to assert common EU tax rules in the maritime sector. However, the Greek tax system applying to is fleet dates back to 1975, which is before Greece's accession to the European Union. The Commission says the system is an unfair form of state support.

The Great Greek Shipping Myth. Although a $15 b. a year industry — 7% of GDP, only a small portion stays in Greece. https://t.co/EqWylBj2lq

The Greek people are already being asked to swallow major changes to the country's pension system — seen by Europe as having been over-generous and unsustainable. Greece's creditors — the International monetary Fund (IMF), the European Central Bank (ECB) and the Eurozone members — have demanded stiff austerity measures to re-capitalize the banks and stabilize its fiscal situation.

Negotiations over the third bailout since 2010 involved Athens passing legislation on tax and pension reform, as well as other issues. These included "streamlining the VAT system and broadening the tax base to increase revenue" and "up-front measures to improve long-term sustainability of the pension system as part of a comprehensive pension reform program."

© AFP 2020 / Louisa Gouliamaki
Another Gov't Capitulation to EU Creditors Leaves Greeks in Anger
The demands also included passing a law immediately scrapping Greece's generous early retirement age and raising the statutory retirement age to 67 years or 62 years with 40 years of work, from 2022 and amendments to legislation in order to collect this year's payments of the hated ENFIA property tax.

For decades, Greek houses were left with the top storey covered, but with a roof yet-to-be-added, in order to avoid the so-called roof tax. Hence the number of houses in Greece that have twisted rod reinforcing bars sticking out of the top of them.

Greece now has two months to inform the Commission whether it agrees to the latest measures proposed in relation to its maritime industry, or face a probe into state aid in the sector.