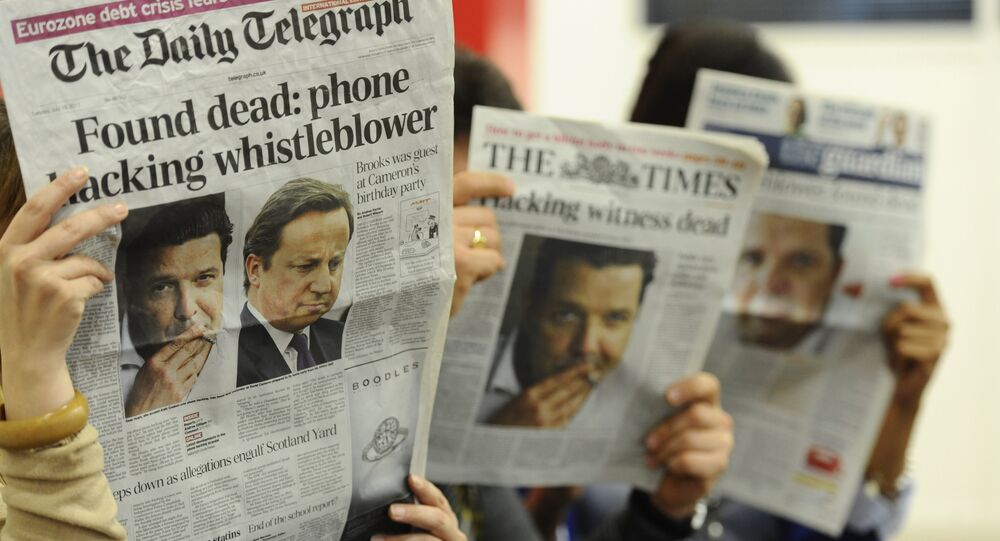 Two British newspapers have been hit with fines and forced to make public apologies respectively, after UK press watchdogs found them to have been in breach of media regulations on political bias.

The Daily Telegraph has been fined US$45,000 (£30,000) by the British Information Commissioner's Office (ICO) after it was revealed the newspaper sent hundreds of thousands of emails on the day of this year's UK general election, urging readers to vote for David Cameron's Conservative party.

The paper was in breach of electronic communications regulations after it was found that subscribers had not given the Telegraph permission to receive that kind of marketing.

Steve Eckersley, ICO head of enforcement, said the Telegraph went too far in its support of the Conservative party.

"People may well perceive the paper's editorial content to have a political bias, but when The Telegraph emailed people directly, calling for them to vote for a political party, they crossed a line."

In the letter to Telegraph subscribers, Mr Evans, the newspaper's editor, described the May 7 general election as the "most important since 1979" before writing: "The Daily Telegraph urges its readers to vote Conservative."

Daily Telegraph is fined £30,000 for sending emails to its readers saying "Vote Tory" Isn't that what a propaganda sheet is SUPPOSED to do?

​Mr Eckersley from the ICO said: "People signed up to The Telegraph's email service so they could catch up on the news or find out about subjects they were interested in. They did not expect to be told who they should be voting for."

It isn't the first time this year the Telegraph has been punished by press authorities for perceived bias towards the Conservative party, after the newspaper was forced to retract an article which suggested that Labour leader Jeremy Corbyn was an "anti-Semite."

Meanwhile, the Rupert Murdoch-owned tabloid, the Sun, has also been ordered to publish an unprecedented front page correction and apology for a story that incorrectly claimed that Mr Corbyn only agreed to be initiated in the UK's Privy Council because his party stood to benefit financially.

You may well need to visit a well known chain of opticians to see the The Sun's apology for smearing Jeremy Corbyn pic.twitter.com/0YQLg4563C

The article headlined, "Labour hypocrite: Leftie who hates the Royals WILL kiss Queen's hand to grab £6.2m" reported correctly that Mr Corbyn had joined the Privy Council, but incorrectly claimed his sole purpose for doing so was to ensure the Labour party secured more funding.

All opposition parties in Britain are entitled to money to help pay for the wages of researchers and other aides, which is allocated on a fixed formula, and has nothing to do whether the party's leader is a member of the Privy Council.

The rulings have raised more questions over the credibility of certain British newspapers, amid calls for an overhaul of media ownership laws, which would break the dominance of large media organizations in the country.

Bullying and Intimidation Charges Ahead of UK Syria Bombing Vote

Telegraph Faces Investigation Over Emails Urging to Vote for Conservatives