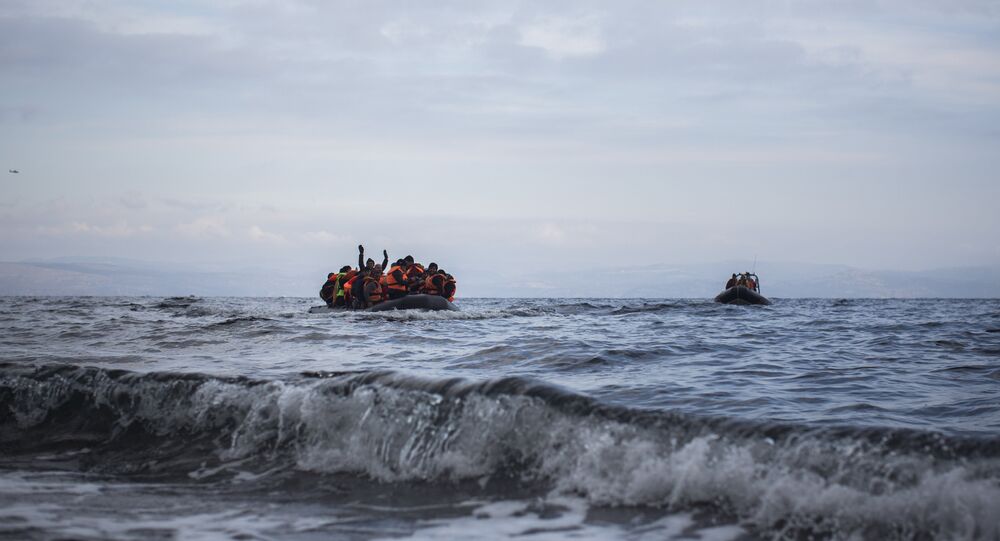 Deflated dinghies, discarded life-jackets and a dead toddler washed up on a beach. The reality of the refugee crisis in Europe has been captured from every angle. The tragic stories of death, desperation and survival and the response to refugees by individual countries have dominated the political and media agenda in Europe for almost a year.

© AFP 2021 / Angelos Tzotzinis
EU-Turkey Deal Not Helping as Greece Becomes Refugee 'Black Box' - Tsipras
Those from Iraq, Afghanistan or Syria were allowed to pass; everyone else considered an 'economic migrant' — held back. Protests have since erupted on the Greek island of Lesbos after a group of people from Morocco were held back by police preventing them from registering or leaving the island.

EU Member States Finally Agree to 'One Border Force for All'