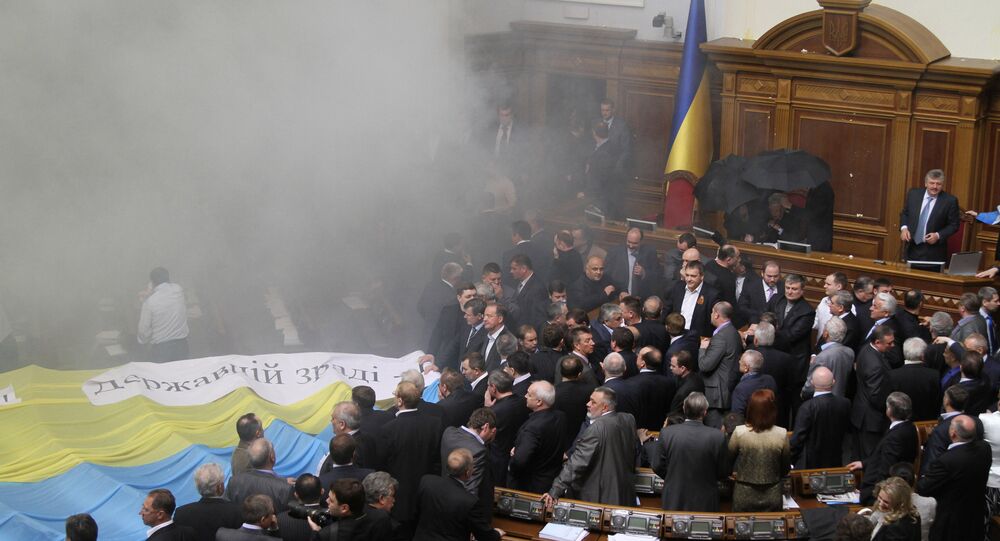 The draft law underscored the Kiev authorities' full and absolute disregard for the Minsk deal and absence of peaceful intentions, the DPR envoy said.

DONETSK (Sputnik) — The proposed constitutional amendments on the decentralization of power in Ukraine contradict the Minsk peace agreements, the envoy of the self-proclaimed Donetsk People's Republic at the Minsk reconciliation talks said Tuesday.

"The draft law No. 2217a on the introduction of the decentralization amendments into the Constitution of Ukraine, is at odds with both the Minsk agreements and the demands of the people's republics and was not agreed with their representatives," Denis Pushilin said, as quoted by the Donetsk News Agency.

The introduction of constitutional amendments to provide more autonomy to the Donetsk and Lugansk regions in eastern Ukraine was stipulated in the Minsk peace agreements signed by Kiev and Donbass representatives in February.

In April 2014, Kiev launched a military operation against eastern Ukraine. The Minsk deal, brokered by international mediators, including Russia, Germany and France, aims to settle the conflict.