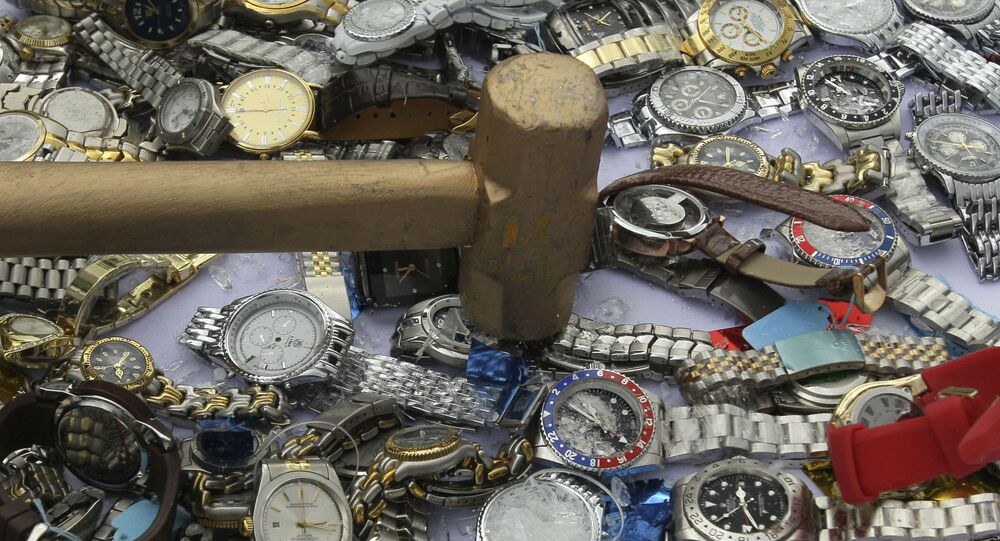 From fake designer handbags to cut-price Disney dolls, Britain's border authorities are warning that the trade in counterfeit goods is helping line the pockets of terrorists.

Home Office Border Force officials have announced that US$83 million (£56m) worth of fake designer handbags, toy figurines, cosmetics and computer cables have been seized from ports and airports around the UK.

And while people may think they're snapping up a bargain — the cost to the country is much more.

Paying the Price for a Bargain

Emma Porter, Border Force North deputy director told Sky News that "organized criminals will be making these products for pennies, potentially selling them for hundreds of pounds and obviously that provides them with money to then look at things like drugs, tobacco.

EU toy industry loses €1.4bn a year to fake goods, with Germany and the UK hit the hardest. https://t.co/36ms1scUAs

​"But could also be used to fund terrorism," said Porter.

Almost US$6 million (£4m) worth of designer handbags, make-up and jewellery and trainers have recently been confiscated at airports and ports across the UK.

​The survey looked at the attitudes of people buying counterfeit good and found that while many knew it was illegal — they nevertheless pressed ahead and purchased knockoff products.

The fake goods market in the UK is estimated at being worth more than US$2 billion (£1.3bn) a year, with criminal and organized gangs profiting and potentially funding terrorist organizations.