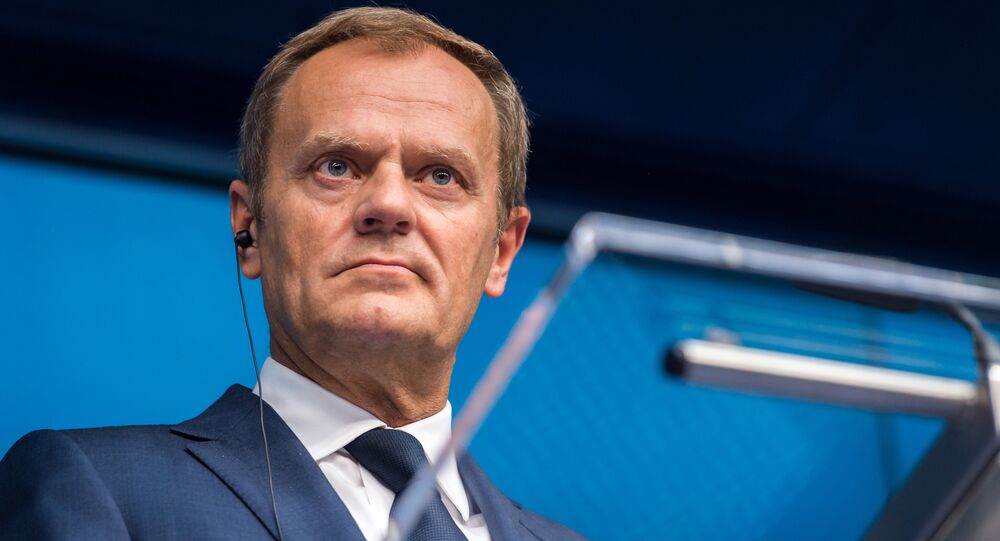 A former German ambassador to the EU has said the European Council "stands in the way of an efficient and integrated Union, it weakens the Commission and prevents decisions to be taken by qualified majority" in an astonishing attack on one the EU's main institutions.

The European Council consists of the leaders of each member state, plus its own president — currently Donald Tusk — and the President of the European Commission — at present, Jean-Claude Juncker. Along with the European Parliament, it is one of the three main institutions of the European Union.

@RobertoCastaldi @geirrchris @EurActiv finally someone dares to say that @EUCouncil must be dismantled. Nice if @federalists were to agree

​However, Dr Dietrich von Kyaw, who was ambassador and former permanent representative of Germany to the EU from 1993 to 1999, has said the Council is standing in the way of a fully-functioning Union.

"I do consider as problematic the preponderant role of the European Council. It represents national sovereignty as if we were still in the days of the Vienna Congress. Its consensus mechanism stands in the way of an efficient and integrated Union. It weakens the Commission and prevents decisions to be taken by qualified majority in the Council of Ministers," Dr Dietrich von Kyaw told Euractiv.com.

The attack on the Council is all the more significant coming from a senior German diplomat. Germany is a founding member of the EU, signing, in 1957, the Treaty of Rome — along with Belgium, France, Italy, Luxembourg and the Netherlands — which created the European Economic Community (EEC) and established a customs union.

The European Council meets around twice every six months — mostly in Brussels. However, before it was created an institution of the EU in 2009, it composed a series of summits of the member states' leaders and date back to 1961, when two summits were held in Bonn — then, the de facto capital of Germany — and Paris.

His comments come amid deep divisions within the EU over the future of the union. In the UK, Prime Minister David Cameron is calling for more powers to be repatriated back to nation states, very much putting him at odds with the former German ambassador who is critical of national sovereignty.

"The Schengen system needs to be strengthened and adapted to the continuing massive influx of refugees. However, in view of populist pressures this could become a risky undertaking, ending up in permanently weakening Schengen. For the time being it appears as a lesser evil to apply with as much flexibility as legally feasible the existing mechanism in order to allow for an exceptional and provisional reintroduction of border controls by member-states faced with very grave threats," Dr Dietrich von Kyaw said.

@eucopresident tusk your are incompetent like the whole of the #ivreich you are the problem not the solution. Close EU and return borders

​German Chancellor Angela Merkel has attracted criticism — both at home and abroad — for declaring Germany's doors open to Syrian refugees, triggering a huge exodus from the Middle East. She has led the calls for the refugees to be relocated under a quota system that has amassed deep opposition — particularly from East European states.

"Because of its high economic and social standards it has now — against its intentions — become the 'promised land' for refugees from the destabilized periphery of the EU. Not only on the latter issue Germany finds itself left without enough partners to share the burden and criticized when accepting responsibility," Dr Dietrich von Kyaw said.

Noone Knows Why, but EU Extends Anti-Russia Sanctions for Six Months