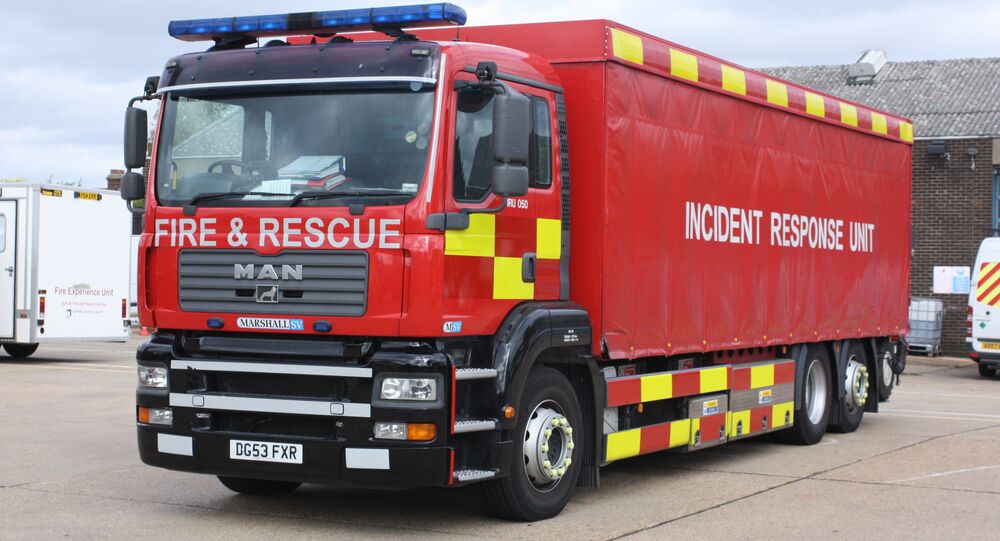 The UK's terror threat level remains at "severe", meaning a terrorist attack on British soil is extremely likely. Meanwhile, a leaked document reveals that the number of units able to respond to a so-called "dirty bomb" will be scrapped on New Year's Eve.

Protective clothing, showers and detectors are part of the equipment on board trucks, which are on permanent standby ready to be taken out by specially trained firefighters from local fire brigades. Yet 22 have been deemed surplus to requirement, leaving just 43 in the UK to respond to a potentially deadly incident.

A national resilience information document issued by the Chief Fire Officers Association said the cuts to dirty bomb cars was a result of a government review, which recommended that 22 be taken out of service "almost immediately." Labour's shadow home secretary Andy Burnham has called for ministers to urgently rethink the decision.

"It cannot possibly be the right time to cut, by a third, our ability to respond to serious terrorists incidents. Not only is it the wrong time, but it is even worse that these plans are being hatched in secret, without any public information or consultation," Mr Burnham said.

Andy Burnham is calling on ministers to cancel plans to cut 22 IRUs and make a statement to Parliament as soon as it resumes after Christmas.

"It is disgraceful that we're days away from this happening without any debate."

How can now be right time to cut terrorist response units? Must be put on hold. Arrogance of Tories breath-taking. https://t.co/do6A9YvNtM

​"Research and experience shows that speed is of the essence in dealing with major incidents, which is why it is better to issue all front-line responders with the training to begin decontamination rather than wait for specialist services to arrive," said a government spokesperson, defending the decision to cut the specialist unit.

Four of the 22 IRUs are to be scrapped in London, at a time when the UK's current national threat level is "severe". Police recently issued a safety video advising the public on how to respond in the event of a firearms or weapons attack in Britain.

'Shoot to Kill' Police Officers Could Soon Be Above UK Law