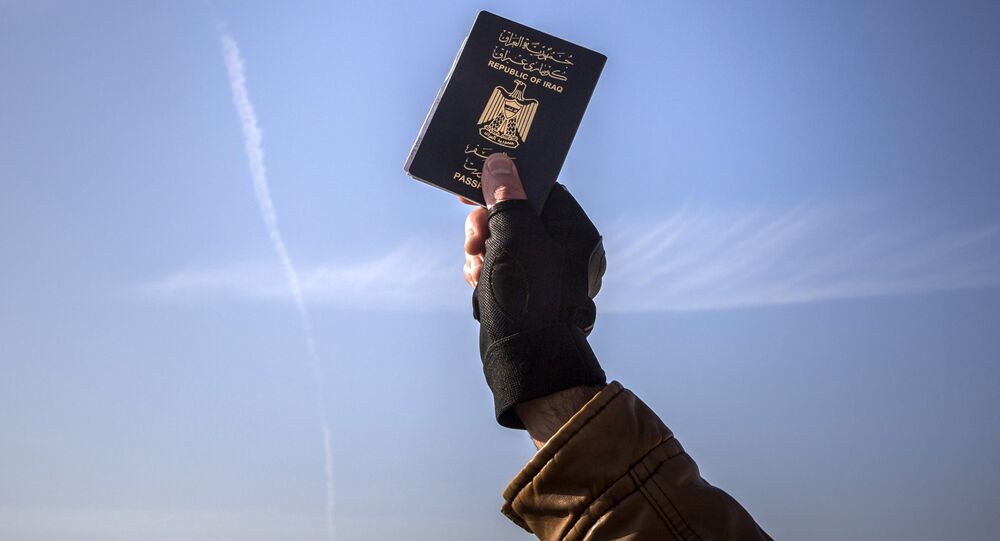 © Sputnik / Sergey Stroitelev
ID Crisis: Shipment of Smuggled Blank Passports Seized in Turkey
Militants of the Daesh terrorist group seized several towns in Syria, Iraq and Libya and now have a great number of passports, Leggeri was quoted as saying by Die Welt.

In addition, the influx of Middle East refugees to Europe can hardly be controlled which is a serious threat.

Currently, militants may have had at their disposal thousands of passports.

Earlier it was reported that the European Commission was creating a system to accept refugees to the EU directly from Turkey.

© AP Photo / Gero Breloer
ISIL Seizes 3,000 Official Passports in Syria, May Send Terrorists to EU
Last week, in Istanbul two people were arrested for allegedly trying to smuggle 148 blank European passports. Among the confiscated papers, there were British, Irish, French and German passports. All of the documents were authentic.

Earlier, US media reported citing a report by Homeland Security Investigations that Daesh militants may actually possess equipment needed to print forged passports, and that some individuals using such documents may have travelled to the US.

Three Syrians With Fake Passports Arrested in Italy, Sentenced to One Year