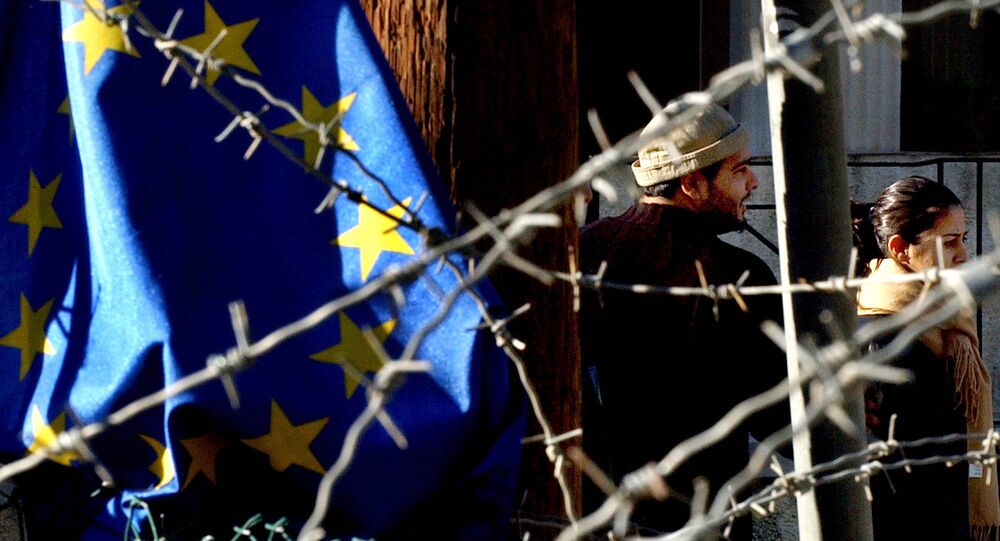 The EU's proposal to offer visa-free travel to Ukraine, Georgia and Kosovo is at odds with its struggle to control its borders.

© REUTERS / Michaela Rehle
EU Struggles to Set Up ‘Hotspots’ for Refugees Fleeing Syrian Violence
After an EU leaders' summit in Brussels that exposed greater rifts between its member states than ever before due to the refugee crisis, EU Commission President Jean-Claude Juncker suggested liberalizing the visa regime for visitors from Ukraine, Georgia and Kosovo.

"The Commission this morning took a positive position on the liberalization of visas for Georgia, Kosovo and Ukraine," said Juncker following the summit on Friday.

"Accordingly, the Commission was able to propose to EU leaders that they take rapid decisions on visa liberalization for the three countries."

The announcement came despite EU Parliament President Martin Schultz's observation of the divides among member states, which he said were all too evident at the summit.

"I have been in politics since 1974," Schultz told Austria's der Standard newspaper after meetings with EU and member state leaders at the summit on Thursday.

"But I cannot remember such a bad year as 2015. The division of Europe is obvious. There is a greater divergence of the states than ever before."

© Sputnik / Vladimir Sergeev
Decision to Prolong Sanctions Against Russia Informally Taken - EU Lawmaker
German Economic News (DWN) remarks that Poland, which has spoken out against the imposition of quotas to resettle migrants across Europe, will be one of the countries most affected by the visa decision.

"It is possible that Poland's refusal to take refugees from Syria has been agreed with NATO: the new Polish government is extremely NATO-friendly and even wants to deploy nuclear weapons on Polish territory."

​"The Polish government doesn't consider migration from Ukraine to be problematic. The languages are related. Above all, Ukrainians are not Muslims, who the Poles oppose by all means."

"The opening to Georgia and Kosovo has the same objective: Kosovo has the most important NATO airbase against Russia, Georgia on Russia's flank is of high strategic importance for Russia, and therefore will be connected to the EU as soon as possible."

Montenegro's inclusion into NATO is further evidence of NATO's aim to unite Europe's southern flank against Russia, notes the newspaper.