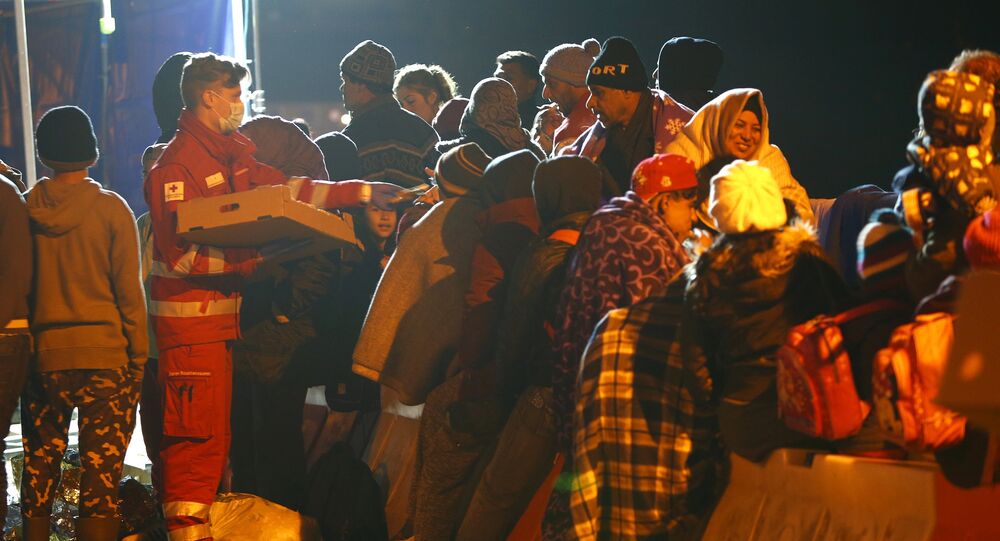 A majority of the so-called refugee “hotspots” across Europe do not function, yet Turkey is praised for stemming the flow, even though it is only because of the onset of winter that a reduction of the migrant influx has occurred, a recent EU report shows.

© REUTERS / Drago Prvulovic
Number of Refugee Arrivals to Europe in 2015 Nears 1 Million - IOM
A new study from the European Commission exposes the reality of ineffective EU refugee policies in detail.

Only two of the 11 planned “hotspots” intended to be up and running in 2015 and intended to receive refugees into the European Union are operational.

Less than one percent of the proposed 160,000 refugees have been relocated successfully.

The report was released at the EU’s end-of-the-year summit on Friday, and the results are broadly regarded as being another failure in the EU’s attempts to manage the ongoing refugee crisis.

“Deficiencies, notably as regards hotspots, relocation and returns, must be rapidly addressed,” the report reads, in part.

European politicians secretly criticize Turkey for not displaying sufficient efforts to manage the refugees, while publicly showing gratitude to their Turkish colleagues, Reuters reported. But it’s really only the wintery weather conditions that have limited the migrant influx in recent weeks, Noah Barkin of Reuters suggested.

To Solve Refugee Crisis, EU Must Negotiate With Russia