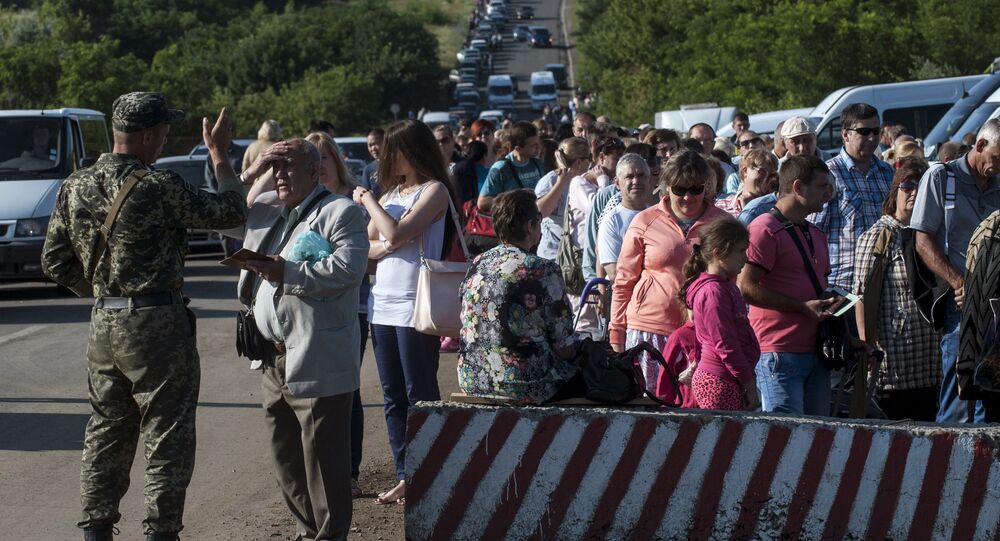 Russia's OSCE envoy Alexander Lukashevich said that it would be useful to establish regular or permanent presence of OSCE SMM observers on the contact line in eastern Ukraine.

MOSCOW (Sputnik) — The number of crossing points on the line of contact in East Ukraine must be increased, Russia's permanent OSCE envoy Alexander Lukashevich said Friday.

"It's necessary to work to increase the number of crossing points on the contact line," Lukashevich said.

"It would also be useful to establish regular or permanent presence of [OSCE] SMM observers there," he added.

© Sputnik / Sergei Pivovarov
Russia Sends Humanitarian Aid, New Year Presents to Residents of Donbass
Ukraine’s eastern Donetsk and Lugansk regions have been targeted by Kiev's military operation since April 2014, after local residents refused to recognize the new Ukrainian government, which came to power as the result of a coup.

The OSCE monitoring mission was deployed to the eastern Ukraine to observe the implementation of peace agreements reached by the two sides in the Belarusian capital of Minsk with mediation by Russia, France and Germany first in September 2014 and then in February 2015.

On Tuesday, the mission said the intensity of the conflict in eastern Ukraine had decreased since August.