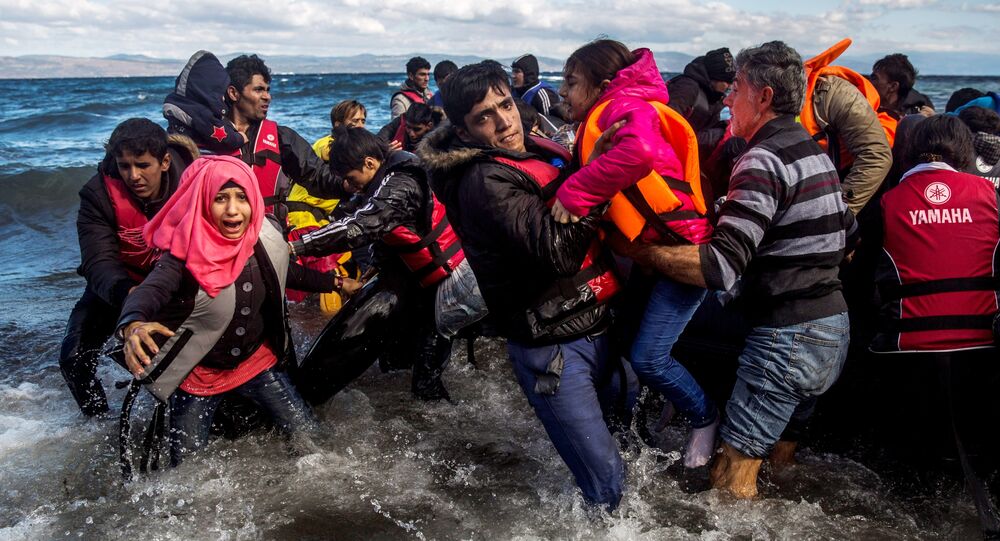 The number of people fleeing war, violence and persecution in 2015 is set to surpass last year's record of nearly 60 million according to the UN, with the Ukrainian and Syrian conflicts largely to blame for the increased number of displaced people.

A UN report looking into the number of forcibly displaced people found that by the end of June this year, there were 20.2 million people living overseas as refugees, a 45 percent jump from 2011.

On top of that, the UN recorded that there was a 2 million increase in the number of internally displaced people across the world, taking the number of those forcibly removed within their own country to 34 million.

Today is #InternationalMigrantsDay — a day to remember that no matter why someone leaves their home, their rights & lives deserve respect.

While the current figures only include statistics up to June 2015, the report said:

"2015 is on track to see worldwide forced displacement exceeding 60 million for the first time — 1 in every 122 humans is today someone who has been forced to flee their home."

The first six months of 2015 saw at least 5 million newly displaced people, with close to one million of those crossing national borders at an overall rate of 4,600 people becoming refugees every day.

4,600 people are forced to flee their countries every single day — our latest report: https://t.co/URxp1SjqQE pic.twitter.com/PibSCi74Mz

"Forced displacement is now profoundly affecting our times. Never has there been a greater need for tolerance, compassion and solidarity with people who have lost everything," UN refugee chief Antonio Guterres said in a statement.

The report also noted that despite media and political rhetoric suggesting that the majority of refugees were going to affluent European and North American countries:

"…the lion's share of the global responsibility for hosting refugees continues to be carried by countries immediately bordering zones of conflict, many of them in the developing world."

With refugees taking center stage in a seemingly global debate about immigration, the UN report said it was becoming concerned about the growing "resentment" towards asylum seekers and the "politicization of refugees."

While many people are still living in refugee camps around the world, the first half of 2015 also saw an increase in asylum applications, which jumped 78 percent compared to the same time period last year.

Germany topped the list of asylum claims in the first six months with 159,000 applications from many people fleeing the Middle East.

However, the report noted that the overall, yearly numbers are likely to be much higher.

"Europe's influx of people arriving by boat via the Mediterranean is only partly reflected in the report, mainly as arrivals there have escalated in the second half of 2015 and outside the period covered by the report."

Russia was second on the list of asylum claims with close to 100,000, many of those from people fleeing the war in Ukraine.