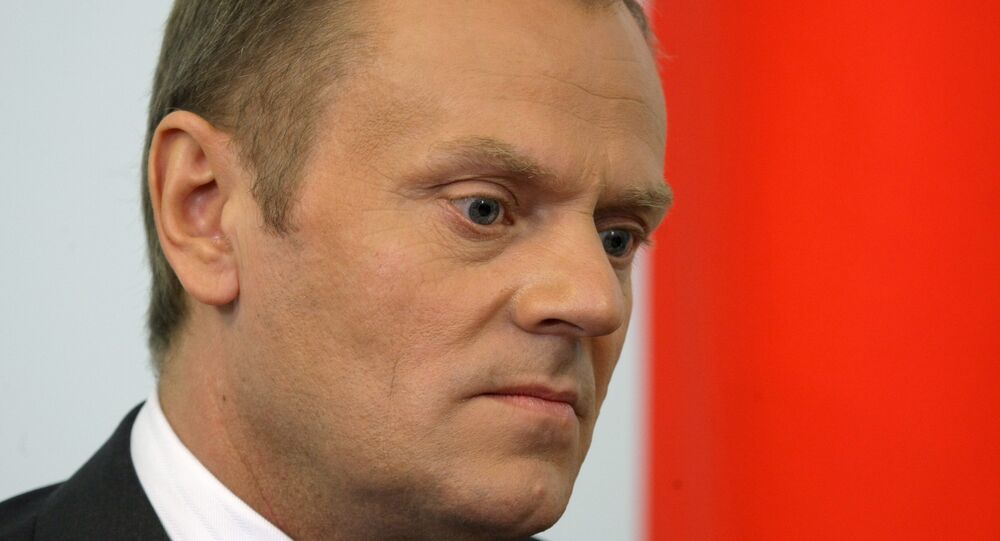 The issue of welfare benefits for migrants remains the most difficult one in EU talks with the United Kingdom, which is negotiating for reforms ahead of its Brexit referendum, European Council President Donald Tusk said.

BRUSSELS (Sputnik) – British Prime Minister David Cameron presented his proposals on EU reforms on Thursday. Speaking at a joint press conference with President of the European Commission Jean-Claude Juncker after the meeting, Tusk said that EU leaders will strive to reach a compromise with Cameron by February 2016.

According to the European Council president, "hard work" on all four reform areas brought up by Cameron is still ahead and EU leaders will stand firm in defending the key values of the bloc.

"We are, with Jean-Claude Juncker, we are absolutely sure that we have to be tough when it comes to some red lines and fundamental values. And I can promise you that we will not give up when it comes to free movement," Tusk stressed.

One of Cameron’s reform demands is that migrants in the United Kingdom can only be allowed to receive welfare benefits after having lived in the country for at least four years. Some have suggested that the measure would be discriminatory and against the EU principle of free movement.

© AP Photo / Geert Vanden Wijngaert
EU Leaders Plan to Reach Compromise on UK Reform Proposals by February
"The clearest message from David Cameron tonight [is] that no one, including David Cameron, is ready to accept discrimination. This is unacceptable and for sure this is not the intention of our British partner. And this is why we have to find a wise and fair compromise. I am not talking about a compromise between values, but a very pragmatic compromise," Tusk explained on Thursday.

Other UK reform demands include the right not to commit itself to EU's pledge of an "ever closer union," secure greater protections for non-eurozone countries in the EU bloc, and more power for the national government.

Cameron pledged during his pre-election campaign to hold a referendum on the so-called Brexit, Britain’s exit from the European Union, before the end of 2017. According to the British prime minister, if UK demands for reforms are not met, it is likely that the referendum will result in a vote against EU membership.