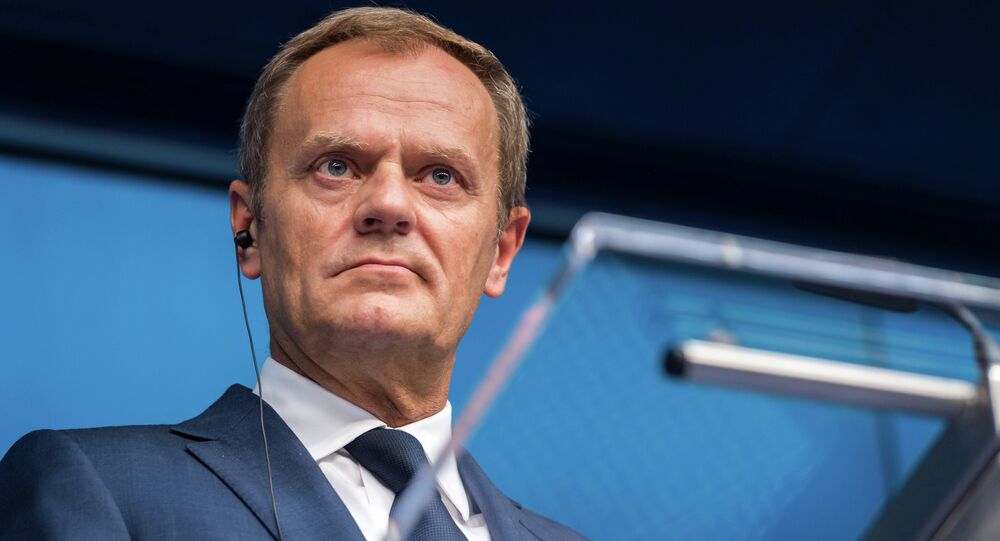 EU leaders will work with the United Kingdom on its reform proposals for the bloc in order to reach an agreement by February 2016, European Council President Donald Tusk said.

© AFP 2021
Implementation of UK Proposals on EU Reforms to Take Up to Six Years
BRUSSELS (Sputnik) – EU leaders will work with the United Kingdom on its reform proposals for the bloc in order to reach an agreement by February 2016, European Council President Donald Tusk said.

UK Prime Minster David Cameron has repeatedly said that EU membership is beneficial for the United Kingdom, but only if the bloc were to implement new reforms. On Thursday, Cameron presented the European Council with his case for the bloc's reforms.

"After today’s discussion we can say that we have made significant progress," Tusk said after the meeting, noting "good atmosphere and good will" of the discussion.

According to Tusk, Thursday was a "make or break" moment and Cameron laid out his reform proposals in detail, particularly on benefits and free movement. Tusk said he was "much more optimistic" on the issue after the Thursday meeting.

Cameron told a press conference after the Thursday meeting that progress had been achieved but the pathway to a February deal would be hard.

London wants the right not to commit itself to EU's pledge of an "ever closer union," curb social benefits for EU migrants, secure greater protections for non-eurozone countries in the EU bloc, and more power for the national government.

Cameron pledged during his pre-election campaign to hold a referendum on the so-called Brexit, Britain’s exit from the European Union, before the end of 2017.