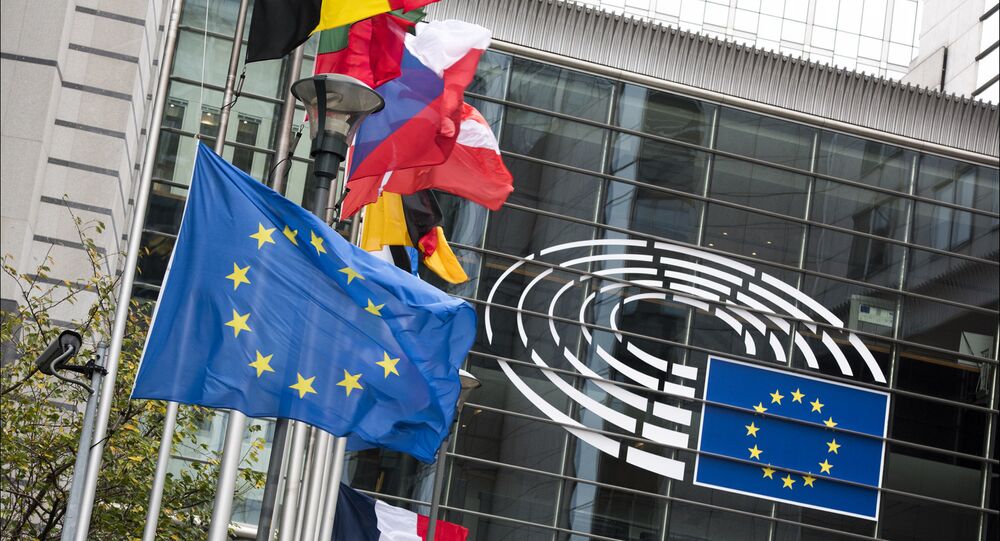 David Cameron has suffered a fresh blow to his chances of negotiating reforms on EU migrant benefits, with senior EU officials urging him to rethink his proposals or face isolation from other member states.

© Flickr / Number 10
Cameron Leads Britain Into Latest in a Long Line of Spats With Europe
As Cameron prepares to meet with EU leaders Thursday, to discuss British reform proposals, many have called on the PM to be flexible with plans that would limit EU migrants' access to welfare benefits within their first four years in the country.

German Chancellor Angela Merkel, whose support is thought to be key for Cameron, if any significant deal is to be made, said that while she was supportive of British reform proposals, she wouldn't call into question EU's core principles.

"On the one hand, we want to reach an agreement with which the British Government can successfully campaign, in the forthcoming referendum, to remain in the EU. On the other hand, we don't want to, and we won't, call into question the core principles of European integration. These include in particular the principle of free movement and the principle of non-discrimination between European citizens," Merkel told the Bundestag.

While British officials have said there is considerable "political will" for a deal to be made, many member states, headed by Poland, Hungary and Slovakia, have described Cameron's proposals as unworkable, claiming they breach basic EU principles.

European Commission President Jean-Claude Juncker said both sides were looking to work together to come to a compromise.

"We will have a frank and open debate. As far as the Commission is concerned, we want a fair deal for Britain, which has to be a fair deal for the other 27 too. We are open-minded in engaging in this dialogue, which will be a negotiation with Britain. I don't want the British to leave and I don't want to blame the British. They have their points, we have our points and we will find a way out of the complicated situation we are in," Juncker said.

European Parliament President Martin Schultz, said while he wanted to keep Britain inside the bloc, "we are waiting for concrete proposals concerning the social benefit question, which is a very important one.

"We must precisely define what is currently [within] European rules and what is purely national," Schultz added.

'There's a Risk of Brexit'

Herman van Rompuy on Brexit: "When Britain would leave, this would be a major difficulty for the British economy." #r4today

Rompuy said that many countries in the bloc are experiencing similar issues to Britain in regards to EU migrants and benefits, but noted that other member states weren't risking their membership in the bloc to negotiate change.

"This problem is so important — that's the message coming from London — that our membership of the EU is depending on it. There is nobody in Belgium or in France saying — we will leave the EU if this problem is not settled. We can look for solutions within some constraints," Van Rompuy said.

The pressure to water down or come to a compromise on migrant benefits has left Cameron is a tricky situation, with the PM under pressure domestically, to play hardball with Brussels and negotiate significant change in the UK's membership agreement with the bloc.

OE/ComRes poll: Without changes to in-work benefits rules, Remain support drops to 48% while Leave support up to 45% pic.twitter.com/P5OaHczYJ2

Many Euroskeptics say that any changes negotiated by the PM will not be enough to justify Britain remaining in the EU, which coincides with a new poll, suggesting a rise in those willing to vote for a Brexit.