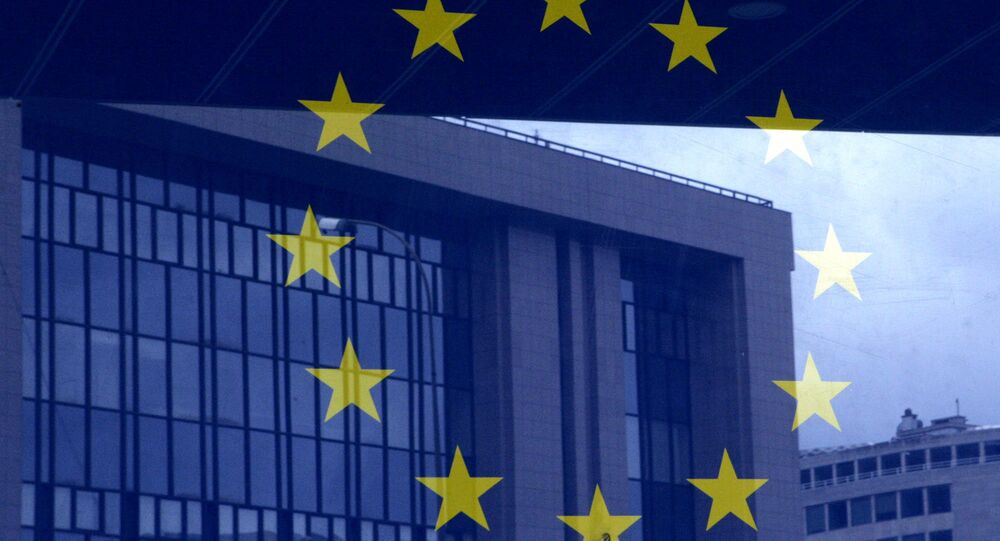 According to a source from the European Council, issue of extending the EU sanctions against Russia has been added to the agenda for the EU summit in Brussels on December 18.

© AFP 2021 / ALEXANDER NEMENOV
Extension of Anti-Russia Sanctions Proof of EU's Shortsightedness - Moscow
BRUSSELS (Sputnik) – The issue of extending the EU sanctions against Russia has been added to the agenda for the EU summit in Brussels on December 18, a source from the European Council said Thursday.

“The issue has been put on the agenda of the meeting,” a source told RIA Novosti, adding that a decision on the sanctions’ extension could be taken the same day in the form of a written procedure.

Last week, Italy called on the EU members to debate the extension of the anti-Russian sanctions at the EU summit on December 17-18, rather than “automatically” prolonging them for another six months.

In 2014, the European Union and the United States imposed several rounds of sanctions against Russia over its alleged involvement in the armed conflict in eastern Ukraine. Moscow has repeatedly denied the accusations.

The EU economic sanctions are due to expire on January 31.

Germany to Back Extension of Economic Sanctions on Russia – Merkel