Calls for Stricter Arms Controls: 'Weapons We Sold Can Be Used Against Us'

With conflict expanding in many Middle Eastern and African nations in recent years, there have been increased calls for a crackdown on EU member states from selling arms to unstable nations or those in conflict, with the European Parliament to debate and vote on stricter arms control proposals.

Members of European Parliament (MEPs) will debate a report advocating a stricter code on arms exports from EU member states, before voting on the matter later this week.

"#Weapons we sold can be used against us." Tomorrow MEPs debate stricter arm controls https://t.co/5uAc0VWPSD pic.twitter.com/QpgIRoefCg

The report, written by Swedish MEP Bodil Valero, from the Greens/EFA group, says that current arms exports to some countries should be reviewed, given the global outbreak of violence in recent years and the increase in terrorism in Europe.

"The security situation of Europe is completely different from what it was five years ago," she said, arguing that irresponsible arms sales can come back to hurt Europe.

"For many years we sold a lot of weapons to countries that were stable at the time, but that are now in conflict. If we do not have a proper risk assessment then we will have problems. We now see that weapons that we sold can be used against us."

As part of the proposals, Valero has called for the creation of an independent European Arms Control Authority, which would be responsible for ensuring that "everyone was respecting the minimum rules, but countries would still be free to apply stricter rules."

While noting that stricter rules on arms sales could have an impact on Europe's arms industries, Valero's report says there are many other responsible markets that European exporters could look to build trade relationships with.

"Of course it can affect them, but there are also a lot of other markets where there are not so many conflicts," Valero said.

"We have a defense industry to protect ourselves and our citizens. Of course the industry has to sell, but we have to make sure that they don't sell arms to the wrong people."

Many EU member states, such as Britain and Germany have been widely criticized for selling arms to countries like Saudi Arabia and Israel, who have both been accused of carrying out human rights abuses and violations of international law. 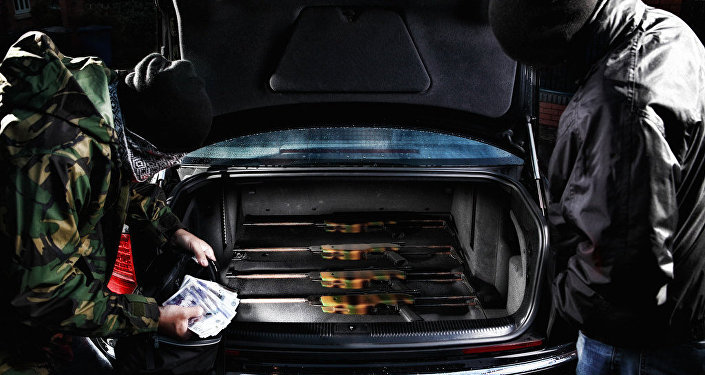 War crimes allegedly committed by the Saudi-led coalition in Yemen have seen the UK accused of being complicit in breaches of international law due to the country's extensive sale of arms to Riyadh, sparking calls for a halt to arms exports and tougher restrictions on what countries EU member states can export lethal aid to.

MEPs will debate the report's findings on Wednesday, before an expected vote on tougher proposals later in the week.