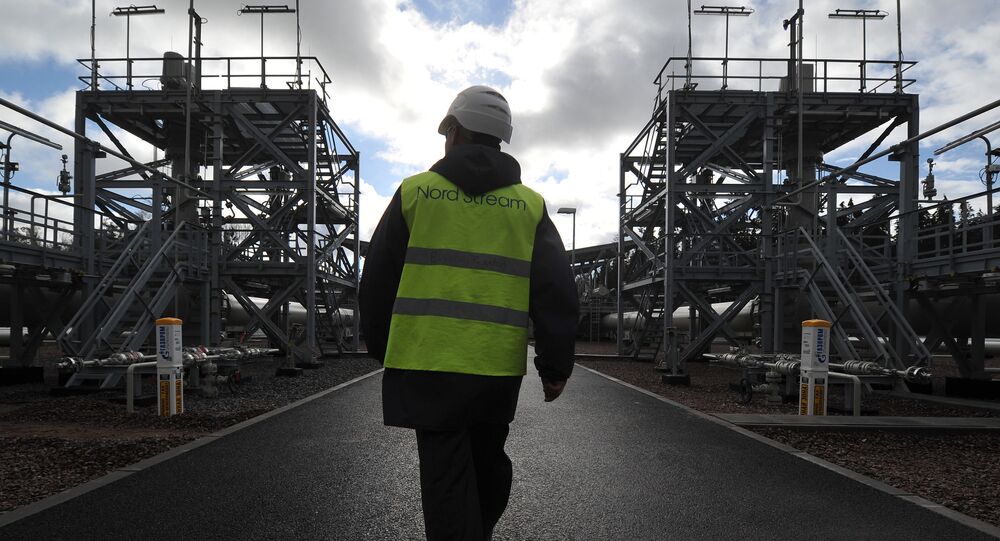 Poland has hit Germany with a lawsuit over the Nord Stream 2 pipeline in an attempt to spoil its construction, according to Alexander Rahr, a prominent German expert on Eastern Europe.

© AFP 2021 / Kirill Kudryavtsev
Eastern European States Trying to Derail Russo-German Nord Stream 2 Project
Poland's move to file a lawsuit against Germany's Federal Maritime and Hydrographic Agency over the Nord Stream 2 project is a clear attempt to block the gas pipeline's construction, according to Alexander Rahr, the scientific director of the German-Russian Forum.

He touted the pipeline as "a state-of-the-art facility built by the best professionals that can ever be found in the planet."  Rahr recalled that the project has existed since 2011 and that no claims have been lodged.

"This is why a Polish lawsuit is nonsense and nothing more than an attempt to torpedo the construction of the second stage of the pipeline," he said.

According to him, the latest developments indicate that an energy war is currently under way in Europe.

Rahr also slammed a move by seven EU countries, including Poland, to send a letter to the European Commission to demand that it should prevent the construction of the Nord Stream 2 pipeline.

"This is a sort of challenge against Germany and its entrepreneurs who take part in the construction of the pipeline, which they see as an economically feasible project," Rahr said.

His remarks came a day after Ukrainian President Petro Poroshenko and his Polish counterpart Andrzej Duda warned against the completion of Nord Stream 2 during a joint press conference.

They described it as the "firm position of Ukraine and Poland", which allegedly coordinated their efforts with their partners from Slovakia, Italy, the Baltic countries and a "huge number of EU countries."

© Sputnik / Igor Zarembo
Politics Overtake Economic Sense in Nord Stream Pipeline Dispute
The Nord Stream-2 project, which plans to use the original Nord Stream pipeline for 86 percent of its route before branching off, could supply up to 55 billion cubic meters of direct gas supplies. It is slated to run from Russia's shores through the Baltic Sea to the coast of Germany.

Russian authorities have repeatedly drawn attention to the fact that the new pipeline will boost the EU's energy security by increasing the capacity of the fuel supply to Europe under the Baltic Sea and reducing risks related to transit countries.