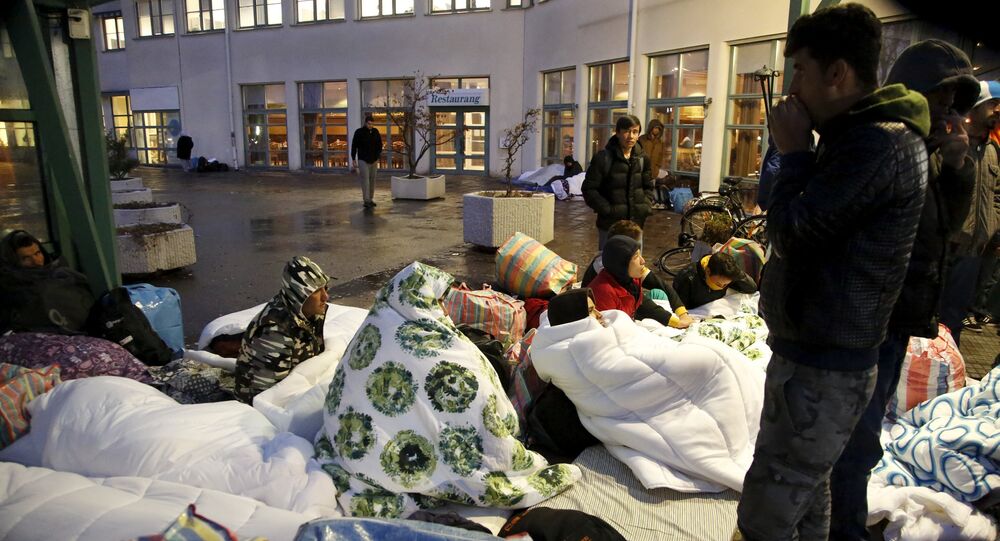 The number of refugees in Sweden who have withdrawn their asylum applications and fled the country has increased dramatically in recent months, Iraqi Ambassador to Sweden Baker Fattah Hussein told Sputnik.

© REUTERS / Johan Nilsson
Modern Day Slavery: Refugees May be Forced to Work for Free in Sweden
According to the diplomat, about 15-20 refugees a day come to the embassy with a request to give them temporary documents, so that they could leave the country.

In November 2015, the number of such cases increased by four times compared with November 2014.

Hussein argued that many refugees are leaving Sweden because their expectations of the life there had not been met.

"Because of their large numbers, they do not get enough care: especially those who travelled a very dangerous way to Sweden," the diplomat said in an interview with Sputnik. "In addition, the waiting time to receive an accommodation has also increased. Earlier refugees in Sweden were allocated much faster."

The diplomat stated that the inflow of refugees significantly decreased in comparison to 2014, when Sweden had to deal with tens of thousands of refugees a week. According to the latest data, about 6,000 refugees now arrive in Sweden weekly.

© AP Photo / Boris Roessler
Violence Targeting Refugees Reaches 'Tragic Proportions' in Germany
According to Hussein, there mainly two reasons for this trend. "First, these are measures of Turkey. Second, some EU countries have built fences to prevent migration across their borders," he said.

Many of the disillusioned turn out to be citizens of Iraq. According to Iraqi refugee Arshad Emad Rasol Abdulkarim, his compatriots were given false information about the life in Europe. They are told that they can easily get a residence permit in Sweden and take their families with them, he said in an interview with Svenska Dagbladet.

According to Abdulkarim, many Iraqis have no reason to flee their country. But the promise of a safe haven urged them to leave their homeland in search of a better life.

"In Iraq, everyone is talking about Sweden. They talk about it even in the news. Here you can get a permanent residence permit, good housing, job and take your family with you [they say]," Arshad Emad told the newspaper.

However, so far he has neither a place to leave, nor a proper job to make both ends meet, he added. In a few months he spent in Sweden, the authorities seriously have changed the migration policy. Now he has no chance to bring his family here and is thinking of returning home.

The representative of Refugees Welcome Stockholm, Tina Morad, also confirmed that in recent weeks, more and more refugees want to return to their home countries amid unfulfilled expectations.

The latest estimates reveal that 3,300 people have already withdrawn their applications for asylum in Sweden.