Former French President and leader of the Republicans Party Nicholas Sarkozy has ousted the party's deputy Nathalie Kosciusko-Morizet as he scrambles to re-establish his authority after a disappointing regional election campaign.

Sarkozy's party managed to win power in seven out of 13 regions in the elections, which took place on December 6 and 13. However, the party only won two of them after the Socialists pulled out in a tactical move to oust the right-wing Front National from winning. The move meant that the Republicans only won power in those two regions because of votes from the Socialists.

It wasn't #FrontNational that was humiliated on Sunday but #France itself with those 2 chancers, #Hollande and #Sarkozy, rigging the vote.

Kosciusko-Morizet was critical of Sarkozy's decision not to go along with the ruling Socialist Party to block the Front National in some regions. French President Francois Hollande had called on Sarkozy and joined him in forcing tactical voting to keep the Front National from power. But Sarkozy adopted a "ni retrait ni fusion" (neither withdrawal nor fusion) policy — known as "ni ni", of which Kosciusko-Morizet was openly critical.

So France's presidential option in 2017 will be Le Pen or Sarkozy/Hollande — suddenly Corbyn or Osborne/Boris seems less bad.

Now she is paying the price for that criticism, as Sarkozy rebuilds his team ahead of the January launch of his bid for the presidency in 2017. As it turned out, the Front National — led by Marine Le Pen — did not win any of the regions — despite gaining sic out of 13 in the first round of voting. Le Pen lashed out at the tactics of both the Socialists and the Republicans. 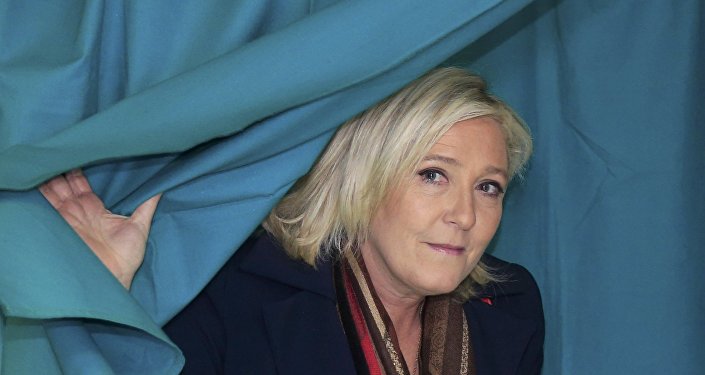 Appeal to the Far-Right

Sarkozy faced a rebellion ahead of the second round of voting on December 13 after switching his rhetoric to address a right-wing agenda in the face of a massive growth of support for the far-right Front National, which is set to make major gains in regional elections.

In an effort to stave off the challenge from the Front National, Sarkozy caused consternation in his party by appealing to the right-wing sentiment of Le Pen's supporters. He told France-Inter radio that he sympathized with the popular embitterment over the refugee crisis. "A vote for the National Front is not a vote against the Republic… it is not immoral," Sarkozy told a crowd in western France.

"As if there were good French voters and bad French voters. If you say to people who are suffering that they are stupid and immoral, you are not distinguishing between the National Front leaders and their voters." 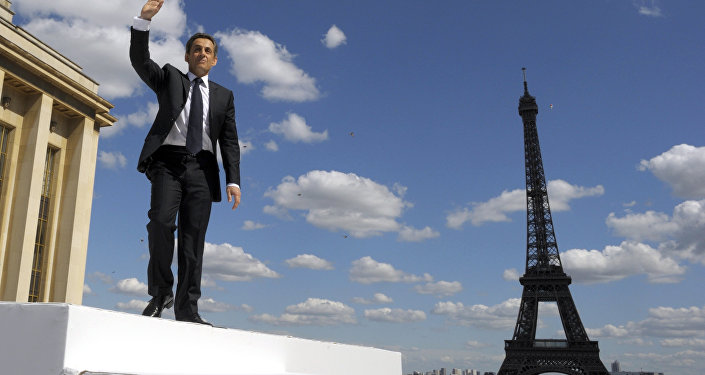 © AP Photo / Philippe Wojazer
Sarkozy's Party Wins Second Round of French Regional Elections in Seven Regions
The apparent overture to Le Pen voters went against the Republicans' basic belief that the Front National is not a party of good repute and has added to the general feeling among his party that he ran a poor campaign.

Sarkozy — who was President of France from 2007 until 2012 — is keen to rebuild his party team and improve his image ahead of the primaries for the 2017 presidential race. He will be up against two other heavyweight republicans: his own former Prime Minister François Fillon, who represents Paris on the National Assembly; and Alain Juppé, who was French prime minister from 1995 to 1997 and is Mayor of Bordeaux.