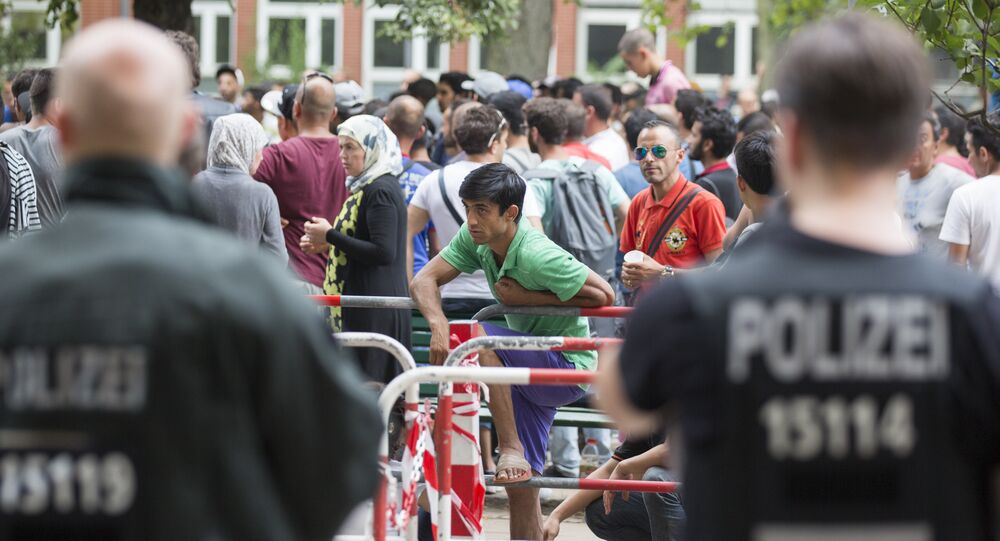 © AP Photo / Ronald Zak
Austria Building Fence at Border Crossing With Slovenia Amid Migrant Crisis
The first stage of the plan, in effect after political leadership decides to reject refugees at the Austrian border, shutters over 60 large border crossings. Police would be permitted to use water cannons in case of emergency.

The second line of officers would be involved in detaining migrants who manage to cross the border illegally. The third line is tasked with transporting the migrants back to the border via helicopter, according to the publication.

The contingency plan is implemented from three to seven days.

Interior Minister Thomas de Maiziere estimated nearly a million migrants have received or applied for refugee status in Germany so far this year. European Commissioner for Digital Economy and Society Gunther Oettinger said Germany would be unable to take in another 1.1 million registered refugees next year.