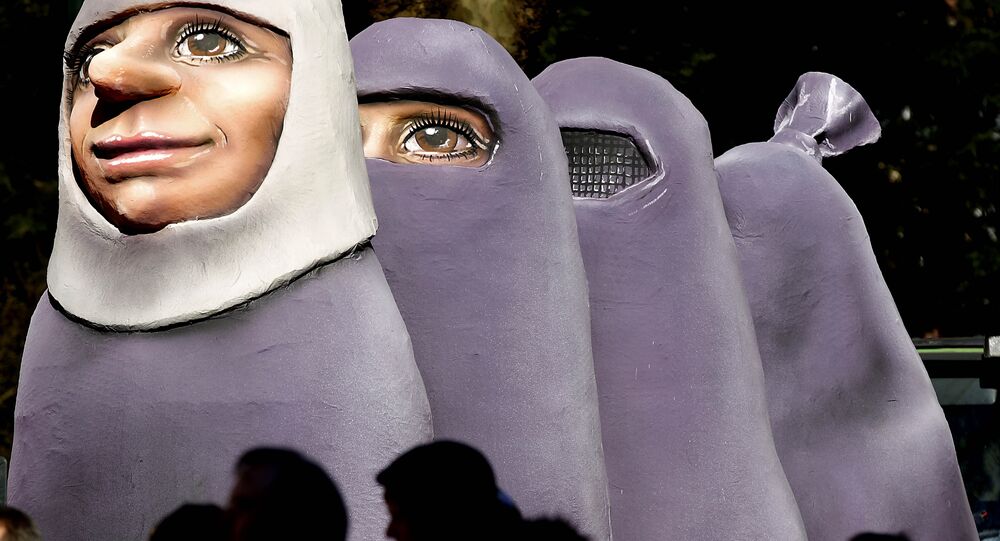 Merkel's Gov't Wants to Join the 'No Burqas' Club, Calls for Ban in Germany

German Chancellor Angela Merkel may be Person of the Year, according to Time magazine, for leading Europe through the Greek economic crisis and for her open arm approach to Syrian refugees and migrants, but her liberal-conservative government has just called for a ban on burqas in public.

The proposed ban on the burqa in Germany is likely to test Chancellor Merkel's authority and liberal approach. The debate is set for 13 December.

Germany could soon ban the BURQA as it ‘doesn’t fit’ society https://t.co/y9poJLmpa7 pic.twitter.com/0Vj9mDtQgb

The Christian Democratic Union (CDU) believes that women covering their entire face and body, demonstrating their religious beliefs, are at odds with German values.

"Anyone who wears them is demonstrating that they are not ready to integrate in our free and open society. Therefore, we reject the use of full-body coverings in public," states the resolution.

But the call for a ban on the burqa comes at a time when Germany is receiving unprecedented numbers of asylum seekers and refugees from conflict-hit Muslim countries. Germany predicts a million Syrian refugees will settle in the country by the end of 2015 and Merkel's open arms approach has faced criticism from members of her own party, as well as other EU leaders.

However, Germany is not alone in proposing to ban the burqa. In 2007, the Netherlands banned women wearing the full veil in schools and on public transport. In 2011, France imposed an outright ban on women wearing a burqa or niqab in public.

Belgium followed suit banning full face veils in the same year. And more recently, the Swiss region of Ticino voted to ban women from wearing burqas, with anyone caught breaking the rules risking a fine of up to $US10,000.

Meanwhile, Angela Merkel's full face is featured on the front page of Time magazine as person for the year — among many other things, for her liberal approach to the refugee crisis.