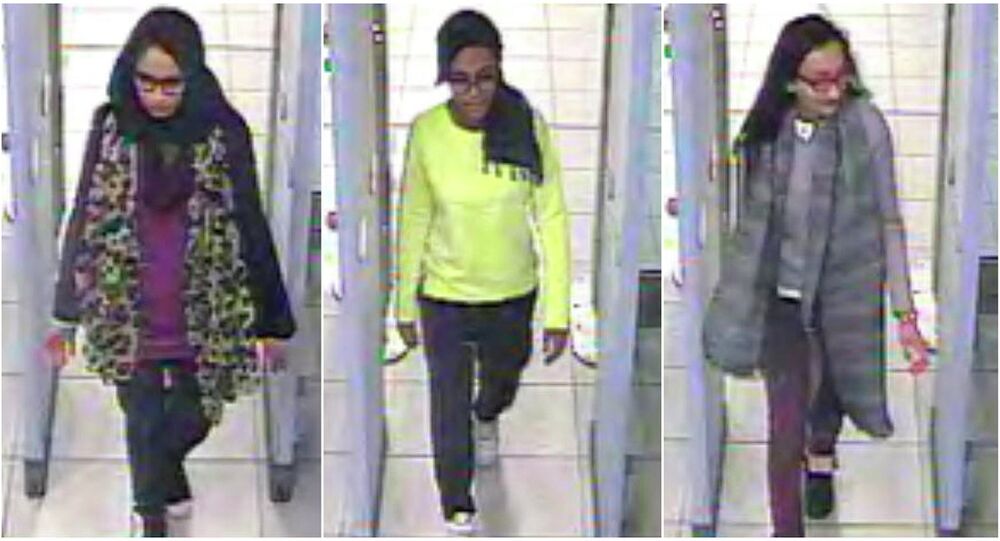 The number of women and teenagers arrested in Britain, suspected of becoming jihadi brides, has doubled in the past year. Police suspect the women intended to travel to Syria with their families or send money abroad to help fund Daesh, also known as ISIL, militants.

The number of terrorism-related offences involving women has increased from 21 to 50. Fifteen were teenagers under the age of 18.

The Home Office report reveals that women now account for 16 percent of all terrorism related arrests.

"The majority of the increase in the number of women getting arrested has been linked to international-related terrorism," the report said.

The rise in the arrests has been put down to increased efforts by Britain's counter-terrorism police and security services to stop British citizens fleeing to Iraq and Syria to join Daesh militants.

Why have so many young British girls been enticed to join Isis? @MissVogueUK investigates. https://t.co/Sc3LfTDR8P pic.twitter.com/pceY8MmFoy

Britain's police and security services have been on heightened alert since the terrorist attacks in Paris which killed 130 people. Scotland Yard says it is making close to one arrest a day in the wake of the atrocity in France.

The figures released by the Home Office also comes at a time when the UK terror threat remains 'severe' which means a terrorist-related attack is highly likely.

Britain's security minister John Hayes said the figures released by the Home Office, "once again highlight the hard work carried out by police, security service and crown prosecution service to keep the public safe — and emphasize the scale of that challenge."

And the threat from so-called homegrown jihadis has also increased. According to the report, the proportion of terror suspects who are British has risen to 79 percent — compared to 51 percent 14 years ago, in 2001.

Why Women Flee the West to Become Jihadi Wives