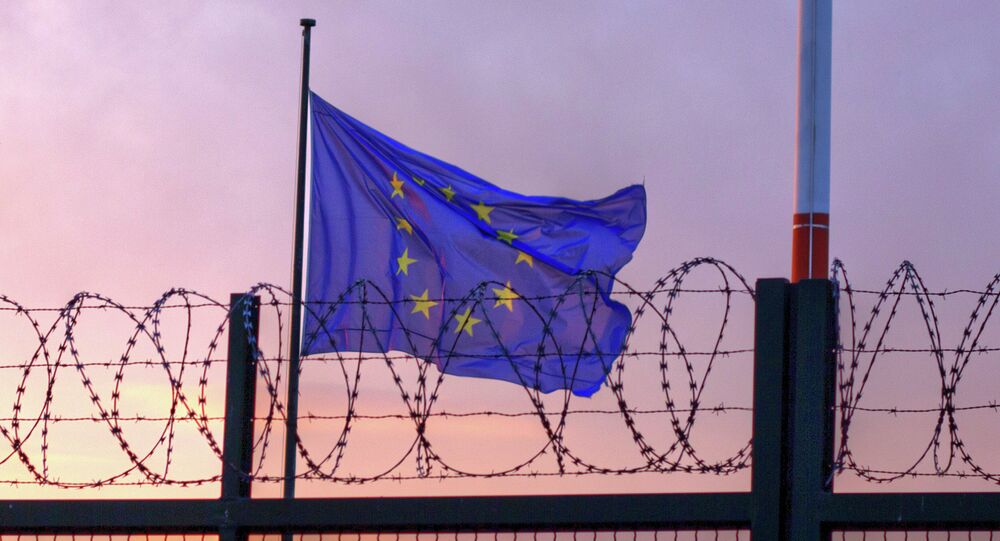 A German newspaper has reported that Ukraine, Georgia and Turkey may be granted visa-free access to the European Union as early as next year. For Ukraine, whose Maidan 'revolution' was made possible in part by protesters' desires for visa-free travel to Europe, this would be a big step up. But how many times has Ukraine been lied to before?

On Wednesday, Die Welt reported, citing a diplomatic source in Brussels, that European officials are considering "opening" the EU's doors for three more states in 2016.

"Citizens of Ukraine and Georgia will be able to travel without visas to the EU soon, and a visa-free regime for both countries will apply beginning in mid-2016," the paper noted, citing an 'important, informed diplomatic source'.

On December 15, the European Commission is set to publish its report on Ukraine's progress on the path toward visa liberalization. According to officials, the EC's decision will depend on its assessment of Kiev's adoption of a comprehensive package of laws, to be passed before liberalization can occur, along with an evaluation of Ukraine's general progress on the path to reform, including efforts to fight corruption.

© Sputnik / Pavel Palamarchuk
EU to Make No Changes to Trade Deal With Ukraine
If Brussels gives Kiev a good grade on its report card, and the visa-free travel regime becomes a reality, Ukrainian citizens will receive the right to visit Europe for three months every six months, although they will not have the right to work.

Post-Maidan Kiev's efforts to win visa-free travel with the EU have been a long and arduous journey, with Maidan revolutionaries making free travel to Europe one of their key promises during the campaign to overthrow Viktor Yanukovych, Ukraine's unpopular but democratically elected president, in early 2014.

With Yanukovych ousted in a coup in February 2014, Ukraine has carried out a series of reforms aimed at getting the country the vaunted status. Last December, President Petro Poroshenko expressed his confidence that Ukraine's issuance of new biometric passports would be "the last step which the EU is waiting for from Ukraine to grant us a visa free regime."

Kiev was disappointed at the EU's Eastern Partnership Summit, held in Riga in May, with the visa-free agreement postponed once again, and Brussels declaring that it was not prepared to even consider the country as a candidate for EU membership any time soon.

© Sputnik / Stringer
Losing Patience: Europe, US Tell Ukraine ‘No More Excuses’
At the May Summit, Brussels presented Kiev with a series of 17 'priority tasks' for visa liberalization, requiring that the country comprehensively reform its legal system, carry out further privatization, and implement economic liberalization measures aimed at easing European companies' ability to do business in the country.

With Ukraine's parliament literally breaking into fisticuffs over some of the demands, it seemed that lawmakers would not be able to approve the package of laws in time. However, late last month, President Poroshenko announced that he had signed the package of bills into law, paving the way for a visa-free travel regime with the EU. Some of the bills ended up being waved through parliament with amendments.

So what does the apparent breakthrough, announced by Die Welt, actually mean? Possibly not much, according to Vadim Trukhachev, Professor of Foreign Studies and Foreign Policy at the Russian State University for the Humanities.

Interviewed by independent Russian newspaper Svobodnaya Pressa, Trukhachev emphasized that "the statement on the abolition of the visa regime with Ukraine and Georgia looks more like a compliment –one which doesn't oblige Brussels to actually do anything."

The academic notes that "in the current environment, the EU is [already] quaking from the influx of refugees; the Schengen area is bursting at the seams; Brussels has big problems with migrants from Albania, Bosnia, and Macedonia (with whom the EU lifted visa requirements a few years ago), and even with Moldova (which received visa-free status last year)…The problems are not on the same scale [as those resulting due to mass migration] from the Middle East, but they are there."

© Photo : YouTube/ЧП.INFO
Why Ukraine's Latest Parliamentary Punch Up Could Spell the End of European Integration
As a result, Trukhachev believes that "it's unlikely that such an opportunity will become a reality for Ukraine and Georgia…Under the present circumstances, the introduction of visa-free regimes with any new country will create serious risks for the entire EU."

Ukraine in particular, the expert recalls, remains locked in a de facto state of civil war with the Donbass, making the creation of a visa-free travel regime highly unlikely. "I will remind you that in the 1990s, so long as Croatia remained in a state of war, it could not receive a visa-free travel regime with the EC. And Croatia is no Ukraine. Its living standards were higher; it was considered a part of the once great empires of Europe; hundreds of thousands of Croats had the experience of working in Western Europe since the 1960s. Nevertheless, the country gained visa-free status only after the war was over, and all internal contradictions resolved."

"As far as the promises so easily made by European officials are concerned, it's simple. The EU cannot just admit the collapse of its project. They invested too much effort in the Maidan; too many European politicians went there to support it. Bureaucracies never admit that they have failed, or do so with great reluctance, and the EU is no exception."

Alexandr Shatilov, the Dean of Sociology and Political Science at Russia's Financial University, is also convinced that Brussels will not volunteer to give itself such a  "headache."

Speaking to Svobodnaya Pressa, Shatilov noted that "Georgia is one thing –the population is relatively compact, and it's obvious that they would not threaten to destabilize the EU via a large influx of migrants. Ukraine is another matter. Especially given the fact that there is a civil war going on, and that the country is facing a serious socio-economic crisis."

The academic suggests that granting Ukraine visa-free status "could result in a very serious wave of migrants. And the EU's efforts to introduce some restrictions on work would not be an issue. Everyone knows that permission to work is not necessary for Ukrainian guest workers. They will find a way, and a place, to earn their bread."

EU to Make No Changes to Trade Deal With Ukraine