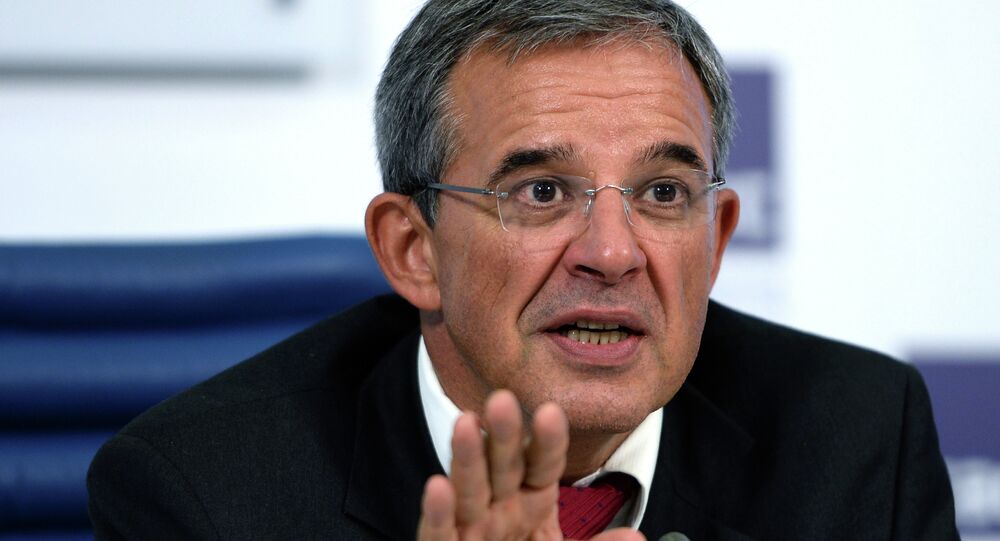 French companies have become overcautious in doing business with Russia because they could be punished by the United States for violating sanctions, according to a resolution presented to the French Parliament that was acquired by Sputnik on Thursday.

© AFP 2020 / LIONEL BONAVENTURE
French MP Presents Resolution Against Anti-Russia Sanctions to Parliament
MOSCOW (Sputnik) – French lawmaker from The Republicans party Thierry Mariani said he has drafted and introduced to the French Parliament a resolution to abolish anti-Russia sanctions with plans to debate it in the National Assembly in January.

“These [French] companies fall into double punishment from both the sanctions and caution so as to avoid fines by the United States,” the document presented to the parliament reads.

The document presumes that the current economic sanctions against Russia are "in contradiction with the fundamental interests of French-Russian relations," and are "totally ineffective but mostly illegal" in terms of international law and harmful to the interests of France and are “in the interest of American companies.”

“Sanctions on our companies are in the interests of American companies. For example, the signing of a contract for assembling helicopters in Russia between [France’s] Bell Company and Russia’s Rostec after European sanctions were introduced,” the document says.