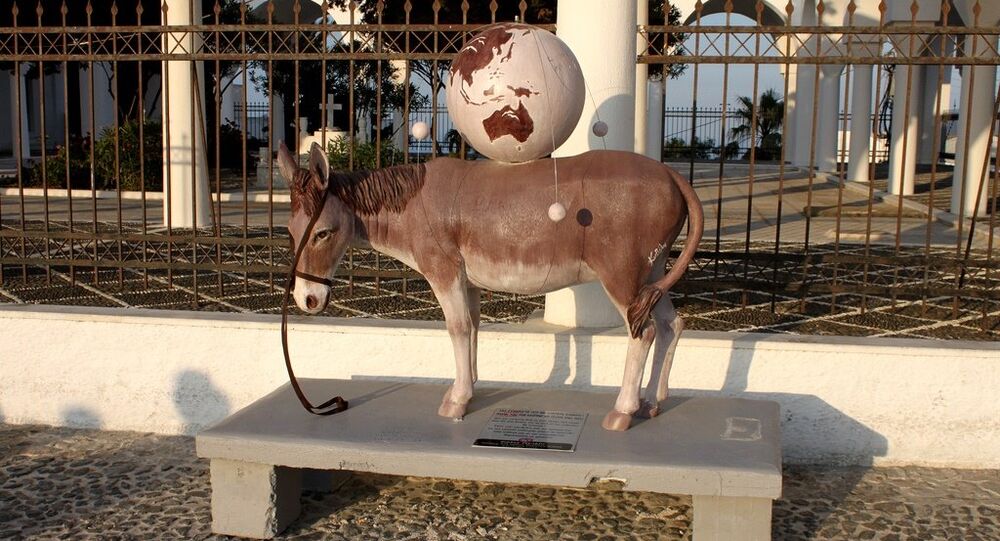 For migrants stranded on the Macedonian border with Greece, their journey has been a waste of time. Greek police are bundling hundreds of people from Pakistan, Morocco and Iran into buses bound for Athens to be sent back home.

The differentiation made by Macedonian authorities between migrants and refugees has caused clashes in the last few months with only refugees from Iraq and Syria allowed across the border from the town of Idomeni into Greece.

© REUTERS / Yannis Behrakis
A stranded migrant reacts in front of a Macedonian police cordon as they clash after a migrant was injured when he climbed on top of a train wagon, near the village of Idomeni, Greece, November 28, 2015.

The filtering system of refugees and migrants led to scuffles with police with 1,200 people, mainly men stuck near Idomeni. Thirty men resisted but were arrested and forced onto buses en route to Athens.

Others before them, who had made the odyssey to reach Europe have staged hunger strikes and some even sewed their lips shut. Violence climaxed when a Moroccan man was electrocuted on a railway line blocked by migrants.

For those filtered migrants facing deportation from Athens, their next stop is a migration center in the Greek capital. A police source told Reuters that some people would be held in a sports hall used during the 2004 Greek Olympic Games.

According to the International Organization for Migration (IOM), over 650,000 refugees have fled conflicts in Syria, Afghanistan, Pakistan and Africa so far this year, making their way to Europe via the Mediterranean Sea of the Western Balkan route.

Greece has remained the focus for migrants and refugees making flight for Europe, whilst it almost suffered financial ruin.

Unemployment levels in Greece are among the highest in Europe with almost a quarter of under-25-year-olds out of work. Bohoslavsky is urging Greece's creditors to allow debt relief to enable "socially inclusive growth", to improve conditions for everyone.

Meanwhile, Greek Prime Minister Alexis Tsipras is reaching out to Cyprus and Egypt for their cooperation in relieving the humanitarian crisis caused by the influx of refugees.

"Greece and Cyprus are paragons of stability and this is very important given current volatility in the broader region."

And while 650,000 people have made the journey to Greece from Turkey, thousands have died trying.

© AP Photo / Santi Palacios
'Selfishness and Panic' Hampers Refugee Crisis - Former EU Chief
Adding to the death toll are 18 refugees, including seven children, who recently drowned off Turkey's western coast of Canakkale when their boat, heading to the island of Lesbos, sank. In another such incident, the Greek coast guard recovered the bodies of 11 people, including five children after the boat carrying them sank off the island of Farmakonisi.

While many migrants from Macedonia make their way to mainland Greece, the economic pressure on the government is mounting.

The Troika have handed Athens a list of 13 reforms that must be legislated by December 15, if the country wants to receive US$ 1.10 billion (€ 1bn) of financial aid.