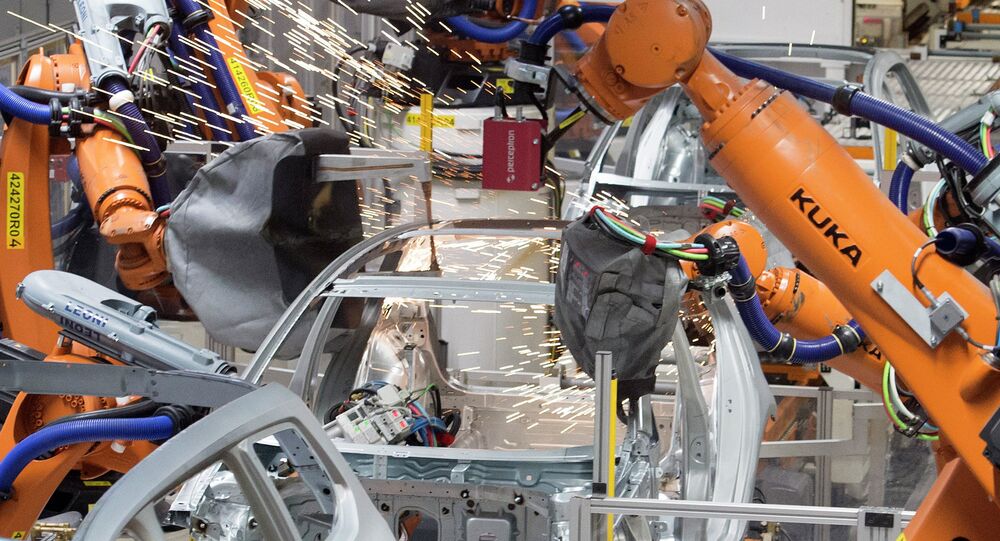 Germany's agricultural and car sectors are protesting against the possibility of the EU prolonging economic sanctions against Russia ahead of an EU summit later this month to discuss the issue, the German press reports.

© Flickr / Son of Groucho
US Treasury Official to Visit Europe to Discuss Anti-Russia Sanctions
Representatives of Germany's agricultural sector and car industry are in protest about the possibility of the EU prolonging its economic sanctions against Russia, reported Deutsche Wirtschafts Nachrichten (DWN) on Tuesday.

US Treasury representative Adam Szubin arrived in Europe on Monday to hold talks with government officials in Italy, Germany and the UK and ensure the prolongation of sanctions; following the talks, German and UK officials are in turn supposed to convince France not to oppose the continuation of sanctions against Russia, wrote DWN.

"Immediately prior to the visit of a US envoy to bring EU member states in line regarding the extension of sanctions, the German economy sounds an alarm."

The German car industry in particular has suffered from falling car sales in Russia, the newspaper reported; according to the Association of European Businesses in Russia (AEB), car sales in the first 11 months of this year totaled 1.5 million units, 34.5 percent less than during the same period in 2014.

"Not too long ago, Russia was one of the boom markets for carmakers, with growth rates of more than ten percent," but the decline in oil prices and the impact of sanctions have led Russian consumers to economize, the newspaper remarks.

In addition, major German companies trading on the DAX exchange have also seen a large fall in the amount of investment from Russia; two years ago, the 30 DAX companies earned around 22 billion euros in Russia, which has fallen to 15 billion this year.

© AP Photo / Gero Breloer
Germans Consider France Major Strategic Partner, Russia Comes 2nd
However, some companies who have localized their production or services in Russia, such as E.ON, the German Post, and Henkel, have nevertheless managed to achieve above average profit margins, despite the economy's current difficulties, reported DWN.

The most actively traded DAX companies in Russia this year were Volkswagen, Daimler and BMW, along with Siemens, utilities firm E.ON and chemical firm BASF, whose profit margins on average declined from seven to four percent over the the year.

Dietmar Kusch of Euro Asia Consulting told DWN that he expects Germany's trade with Russia to further stagnate in 2016, before beginning recovery in 2017.

The German Farmers' Association (DBV) is also concerned about its drop in profits; its president Joachim Rukwied announced last week that around 280,000 farms are threatened by the continuation of the Russian counter-sanctions on agricultural goods from the EU. German farms have seen their earnings slump by an average of 43 percent, to 43,000 euros ($47,000), said Rukwied.

"There are signs that this trend will continue in the current economic year," said Rukwied, who called for the end of sanctions, which have led the farmers alone to lose one billion euros ($1.09 billion) of revenue in one year of countersanctions.

The EU's decision to continue the sanctions has already been taken behind closed doors, reports the German press. On Tuesday high-ranking sources in the EU told Germany's Handelsblatt newspaper that officials will approve the extension of sanctions against Russia for another six months when they meet for a European Council meeting on December 18.

Handelsblatt reported that Eckhard Cordes, a partner in the investment firm Cevian Capital and Chairman of the Federation of German Industries' Committee on Eastern European Economic Relations, was one of the voices calling for "a discussion about the beginning of the end of sanctions."

"The volume of trade between Germany and Russia will have halved by the end of the year, in comparison with last year."

Though the end of sanctions must be reached by a political agreement, "we have seen that the sanction imposed so far cannot solve political problems, especially since the sanctions network itself is really full of holes. Many countries simply don't carry out the measures."

Cordes, former head of the Metro Group, said that "Europe and Russia belong together strategically."