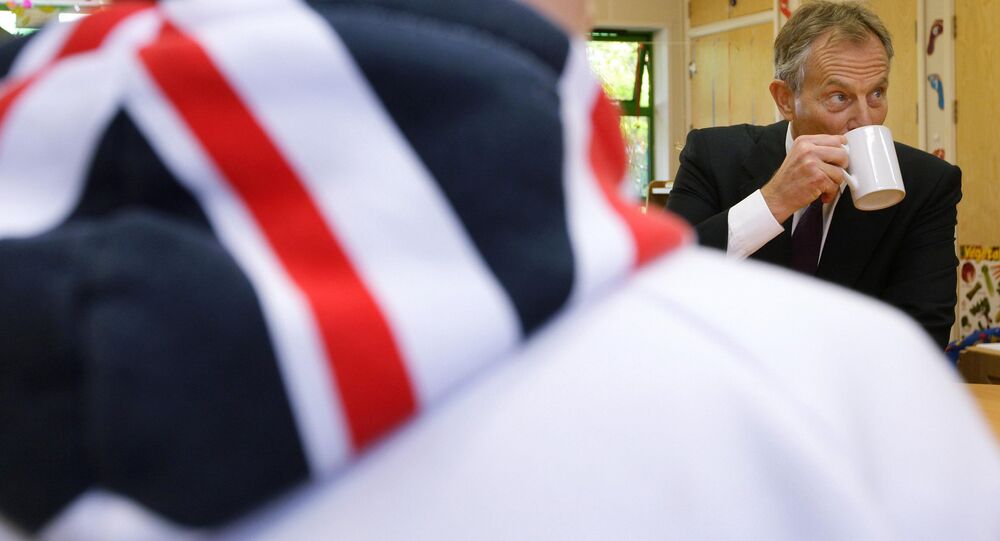 Former British Prime Minister Tony Blair has launched a scathing attack on the current leader of the Labour Party, describing it as a "tragedy" that has reduced it to just a "fringe protest movement."

Blair's caustic remarks — made in an article for the Spectator magazine — go to the heart of the current divisions within Labour. Blair was the leader who marched his party from the political left towards the center ground and won three consecutive general elections and who — controversially — went to war against Saddam Hussein in Iraq.

“We have to find a new foreign policy synthesis that learns all the lessons from 9/11 to today.” Tony Blair at @CFR_org

Corbyn, on the other hand, ran his leadership campaign on a socialist ticket — lurching his party back from the center ground to the left — and is hugely anti-war, which caused a substantial rift in his party in the recent vote on whether to launch airstrikes over Syria.

British service men and women will now be in harm’s way and the loss of innocent lives is sadly almost inevitable pic.twitter.com/z338VAmIai

Blair's election in 1997 ended 18 years of Conservative government under Margaret Thatcher and John Major. He won on a pro-business ticket that included making the Bank of England independent and establishing a light-touch financial regulator, the Financial Services Authority (FSA).

His critics within the Labour Party, however, felt he had turned his back on socialism and had reinvented the party as a middle class center-left organization that did not have the working man at its heart. Blair disagrees, saying: "Many — especially in today's Labour Party — felt we lost our way in Government. I feel we found it."

"Significant elements of the party [during Labour's time in power] saw the process of governing with all its compromises, pragmatism and embrace of changing times as implicit betrayal of our principles," Blair admitted.

Corbyn — who voted against war with Iraq, defying Blair — says his leadership campaign re-embraced the socialist principles of his party, giving a rise in membership as proof of his left wing agenda.

© AP Photo / Adrian Scottow
Top UK Labour Lawmaker Warns of Party Split Amid Acrimony and Accusations
His comments will further deepen divisions within his party especially within Westminster, where many Labour lawmakers are center-left Blairites, who believe they were elected in May on a different mandate to that on which Corbyn was elected leader.

They do not share many of his views on the economy, nuclear deterrent or defense, which includes withdrawal from NATO.

The intervention of Blair, will further cause tensions within the Labour party, with most of his lawmakers in Westminster agreeing with him, while many grass roots socialists in the wider party disagree.