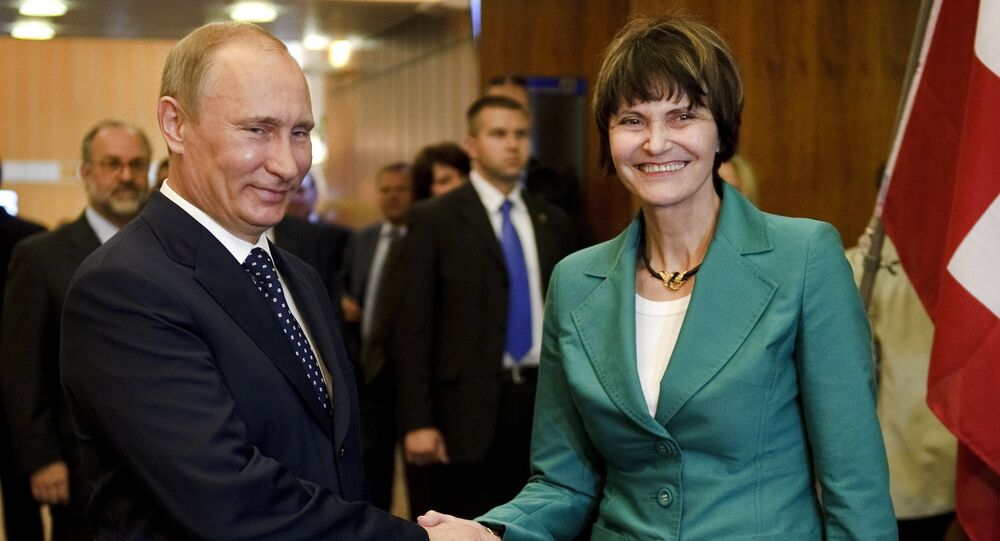 United We Stand: Friendship With Russia is Key to Europe’s Prosperity

The growing rapport between Russia and the EU is inevitable, according to Switzerland’s former president.

© AP Photo / Virginia Mayo
Switzerland Outlines Plan to Limit Immigration From... EU
While many Europeans consider Russia a threat to the EU’s eastern reaches, they realize that Daesh (ISIL) is a much greater menace and that in order to deal with the terrorist threat and the refugee issue, Europe needs an ally, former president of Switzerland Micheline Calmy-Rey wrote for Le Temps.

At the same time Russia risks getting stuck in a protracted battle against Daesh in Syria and is also in need of allies, she points out.

Therefore, circumstances allow Russia and Europe to establish cooperation by dealing with issues that "poison" their relations, Calmy-Rey concludes.

As the potential integration of Russia into the European security system would be a difficult and delicate issue, Calmy-Rey offers a "more pragmatic" and "less ambitious" but at the same time "more realistic and effective" solution by using the existing relations between the EU and Switzerland as a template.

© Sputnik / Vladimir Fedorenko
Russia May Cut Contribution to Council of Europe by Third
The current relations between Switzerland and EU are regulated by about 140 bilateral agreements. A system like this is very efficient in dealing with specific issues in bilateral relations, and Russia and the EU could adopt a similar strategy to regulate matters concerning, for example, "weapons proliferation, foreign combatants, exports of cars and foodstuffs," Calmy-Rey writes.

She also suggested making Russia a privileged economic partner of the EU which wouldn’t contradict both the norms of the Eurasian Economic Union and the EU association treaties.

"History teaches us that the safety and prosperity of Europe can only be secured with the help of Russia," Calmy-Rey said, adding that the growing rapport between the EU and Russia is therefore inevitable.