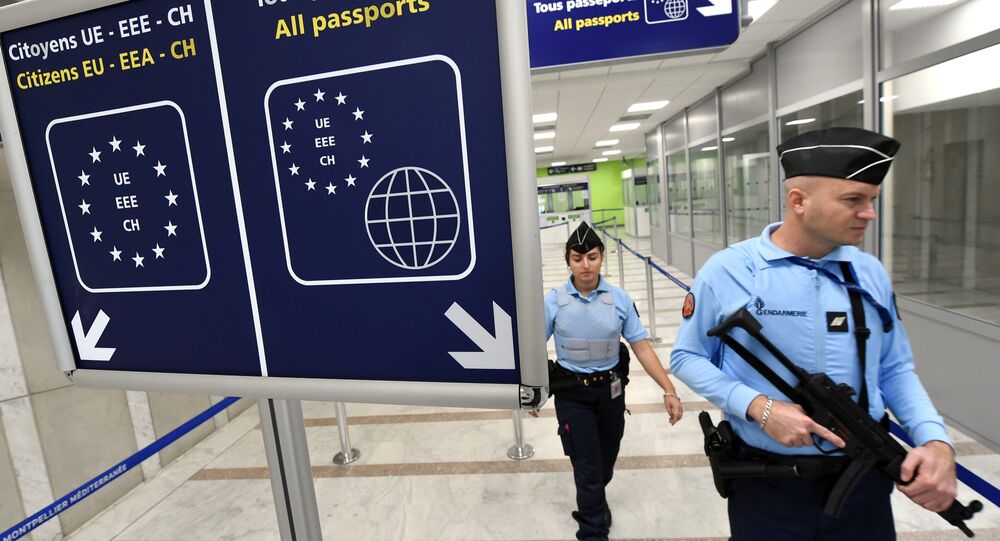 UK Prime Minister David Cameron called on the European Parliament to approve as soon as possible the creation of the Passenger Name Record (PNR) directive that would collect travel data gathered by airlines.

MOSCOW (Sputnik) — Cameron met Guy Verhofstadt, the leader of the Alliance of Liberals and Democrats for Europe, in London on Tuesday for talks on the renegotiation of terms of the United Kingdom’s membership in the European Union.

"The Prime Minister and Mr Verhofstadt also discussed proposals to establish an EU system to share passenger name records on intra-EU flights, which the Prime Minister noted was an important tool in combatting terrorism and serious crime. The Prime Minister said he was pleased that the Council and the Parliament had agreed in principle on a deal and called on the European Parliament to approve the agreement as soon as possible," Downing Street said in a statement.

The EU interior ministers agreed on PNR earlier this month.

The PNR legislative proposal had previously been rejected by the European Parliament Civil Liberties Committee in 2013.